Every year, Trend Awards hand out awards to most-talked about subjects for a variety of topical categories on Twitter. Before the award announcements for the year on 26 December 2018, check out the top trending anime words for each month, with select mentions. 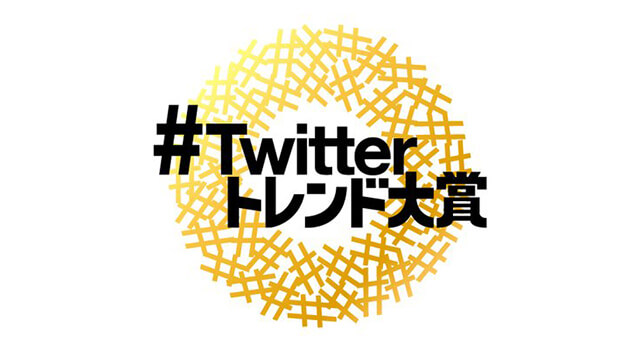 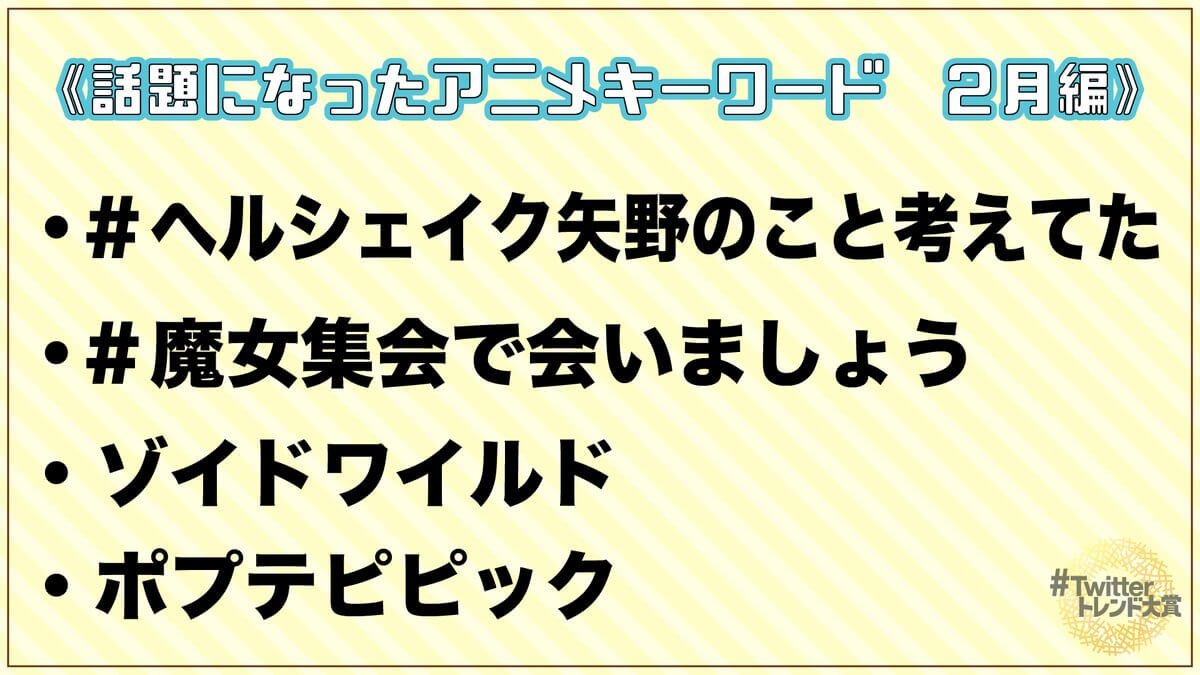 Gegege no Kitaro, Tokyo Ghoul:re, Zero the Enforcer, Liz and the Blue Bird 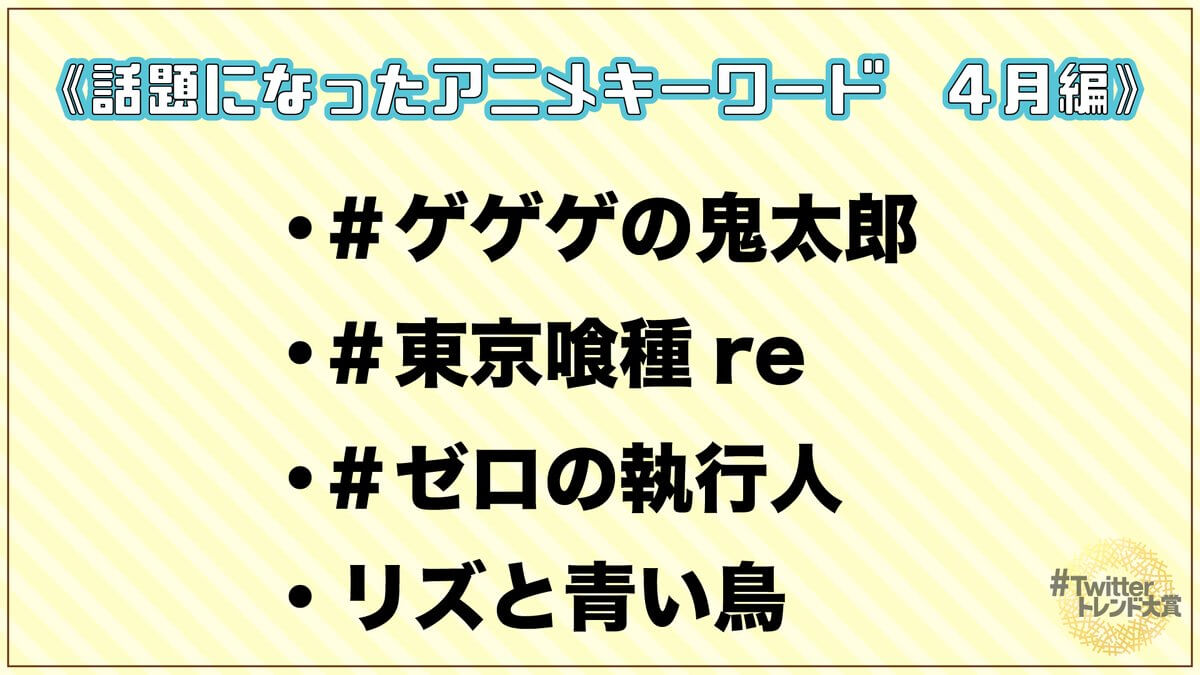 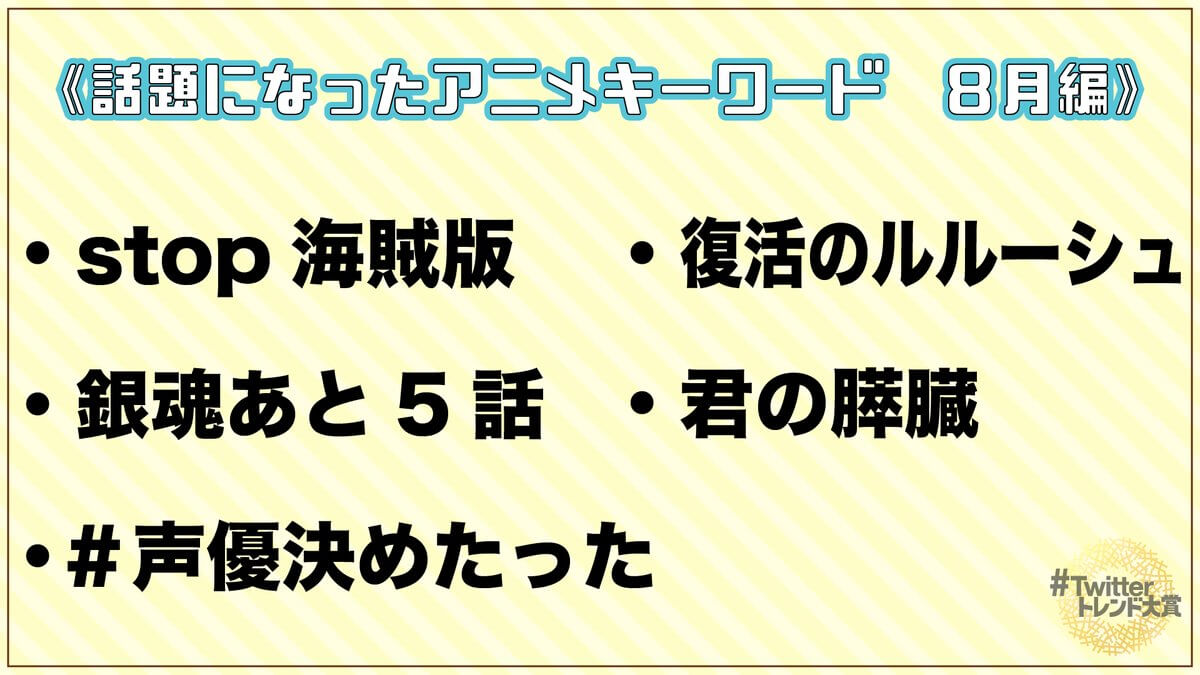 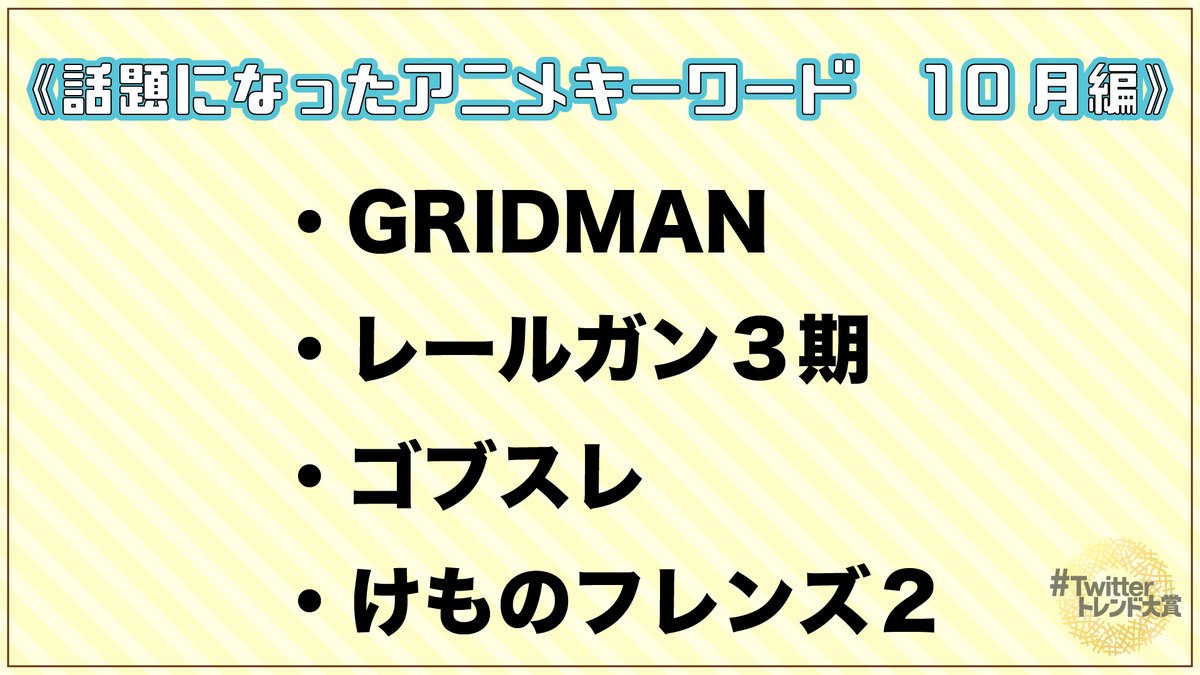 Ghost in the Shell, Princess Principal, “watch Liz and the Blue Bird again together” 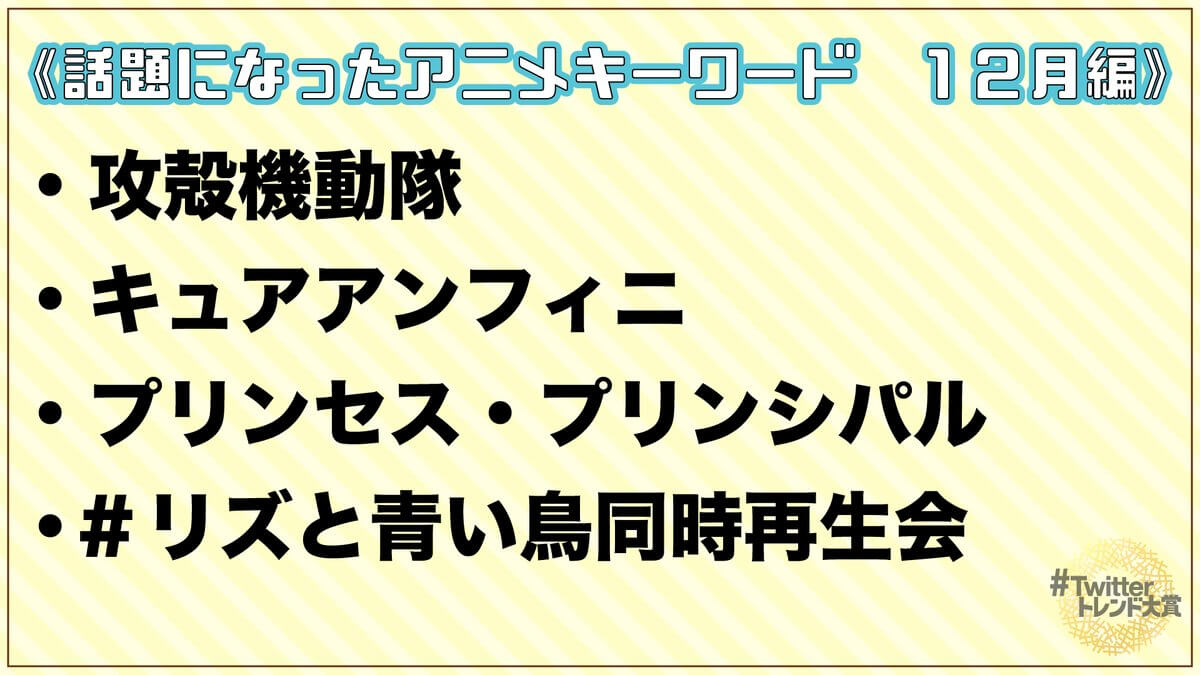 Special mention goes to Pop Team Epic, which garnered over 1 million tweets when its first episode aired in January. By the time the series ended in March, the word has already amassed over 12 million tweets, making the anime one of the most buzz-worthy phenomenon of the year.

Stay tuned for the results of the award winners on 26 December.