Illustrations for 7th☆Live happening in March 2019

The BanG Dream Twitter account revealed the visuals of the trio of bands Poppin’Party, Roselia and RAISE A SUILEN for their upcoming 7th Live. 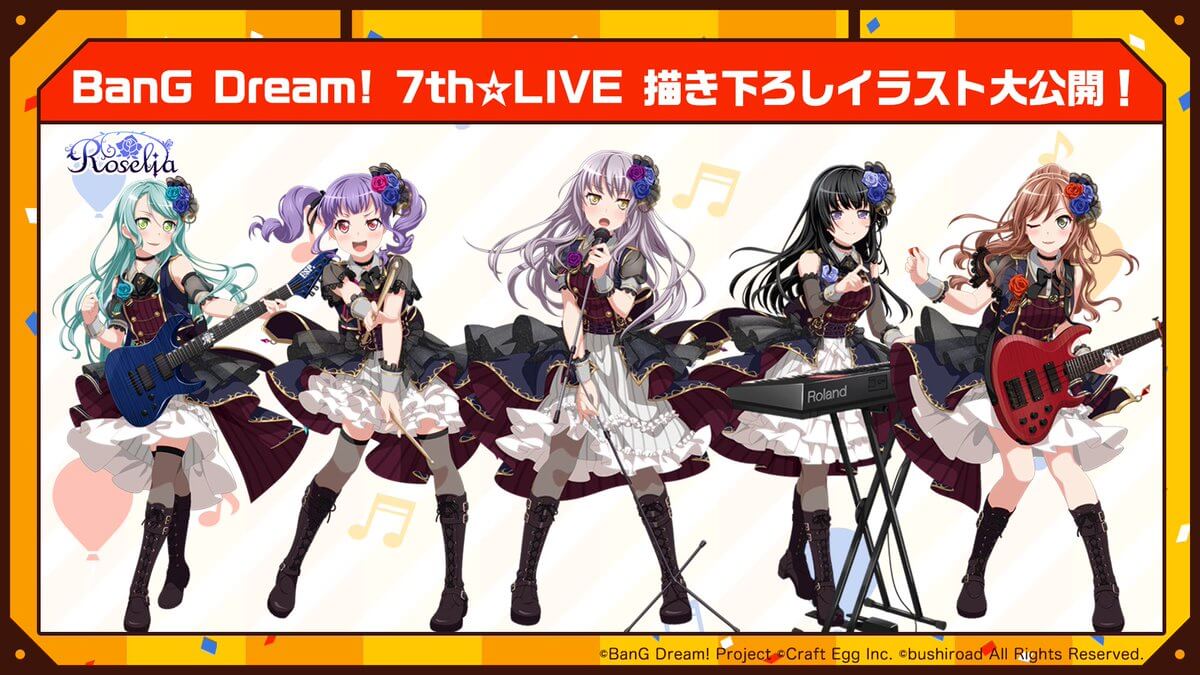 BanG Dream! 7th☆Live will be a 3-day concert, and will be headlined by Roselia, RAISE A SUILEN and Poppin’Party. It will be held from 21 – 23 February 2019 at Nippon Budokan.

The first day will be helmed by Roselia. The second day will be RAISE A SUILEN, with guest appearances by Sachika Misawa (Afterglow), Ami Maeshima (Pastel＊Palettes), Miku Ito (Hello, Happy World!), and Suzuko Mimori (Glitter＊Green). The third day will be Poppin’Party. 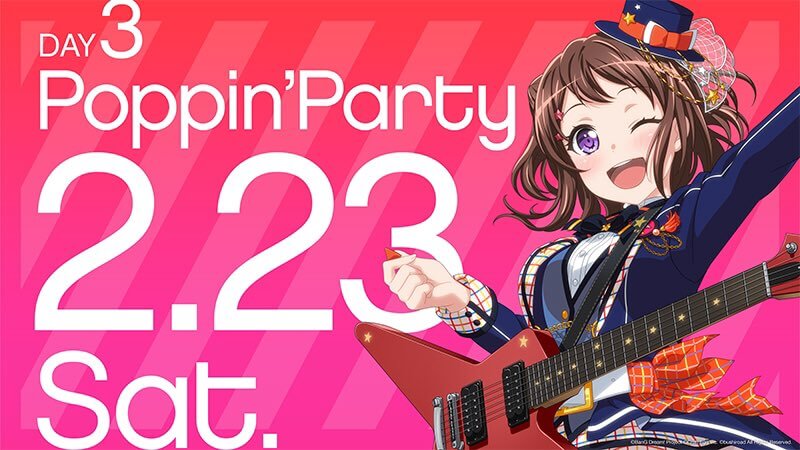