PSYCHO-PASS: Sinners of the System is a three-part film adaptation of the popular psychological thriller TV anime series PSYCHO-PASS. The trilogy was released one after another early this year in Japan, on January 25 (Case 1), February 15 (Case 2) and March 8 (Case 3) respectively.

ANIPLUS Asia will be bringing the trilogy to Singapore and the movie will start showing on 2 November. 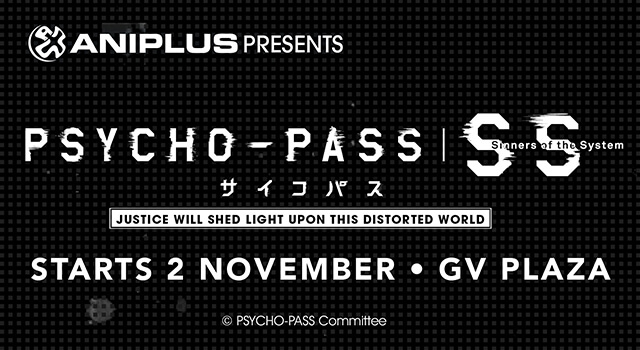 The movie, shown in three parts across different dates when released in Japan, will be shown in one seating as a trilogy. The movie will be in full Japanese audio, with English subtitles.

Advance ticketing for the movie has also started, grab your tickets here:
http://bit.ly/PSYCHO-PASS-SS_SG_Ticketing

A near future where the mental state of humans is controlled and quantified.

Apprehending “potential criminals” before they commit a crime are the officers who wield the Dominator, a weapon that measures the probability of one’s inclination to commit a crime—the Crime Coefficient.

The world of PSYCHO-PASS expanded as the original TV anime series first released in 2012 and after that came a second season in 2014. The series’ first film went on theatres in 2015.

All the staff from the TV series and the first film will return for the trilogy. Naoyoshi Shiotani will return as the Director and Production I.G will animate the film.

The trilogy is set approximately 100 years in the future, within Japan and Asia. Each part will tell the stories of the events across the present, past and future. Fighting crime are the Enforcers who are deemed to contain exceedingly high Crime Coefficients and the elite officers—Inspectors who are selected by the Sybil System.

To prevent crime, one requires the instincts of a hound and the intelligence of a hunter. Each event will reveal unexpected truths and reflect the current state of the world. The missing links within the untold stories of PSYCHO-PASS will finally be revealed. 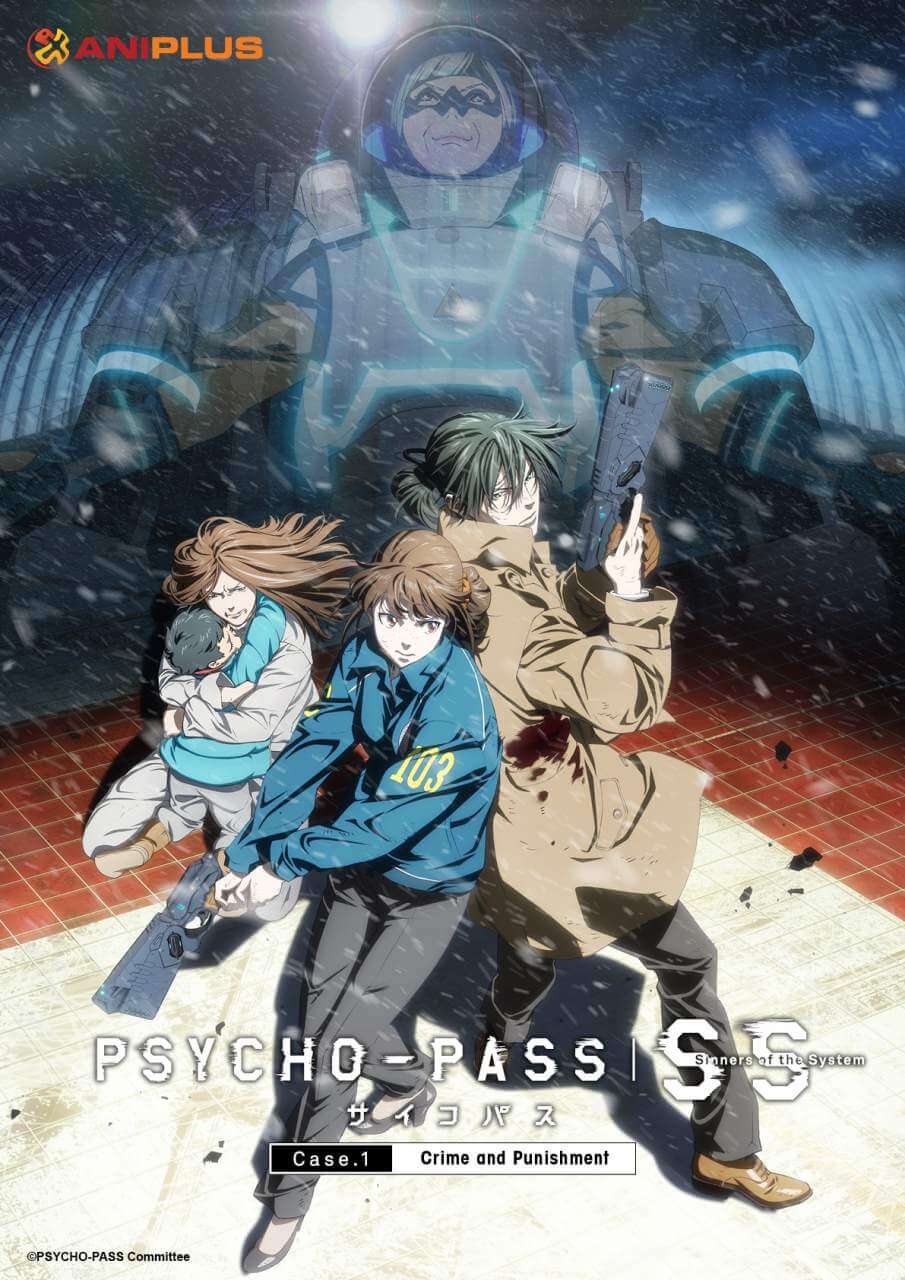 “Is it okay if I claim this case as mine?”

In the winter of 2117, a runaway vehicle crashes into the Public Safety Bureau Building.

The driver is identified as Izumi Yasaka, a psychological counselor at the Sanctuary, a Latent Criminal Isolation Facility in Aomori Prefecture. But right before her interrogation, Enforcer Mika Shimotsuki and Inspector Nobuchika Ginoza are tasked with promptly escorting Yasaka back to Aomori. What awaits them there is a “False Paradise”. 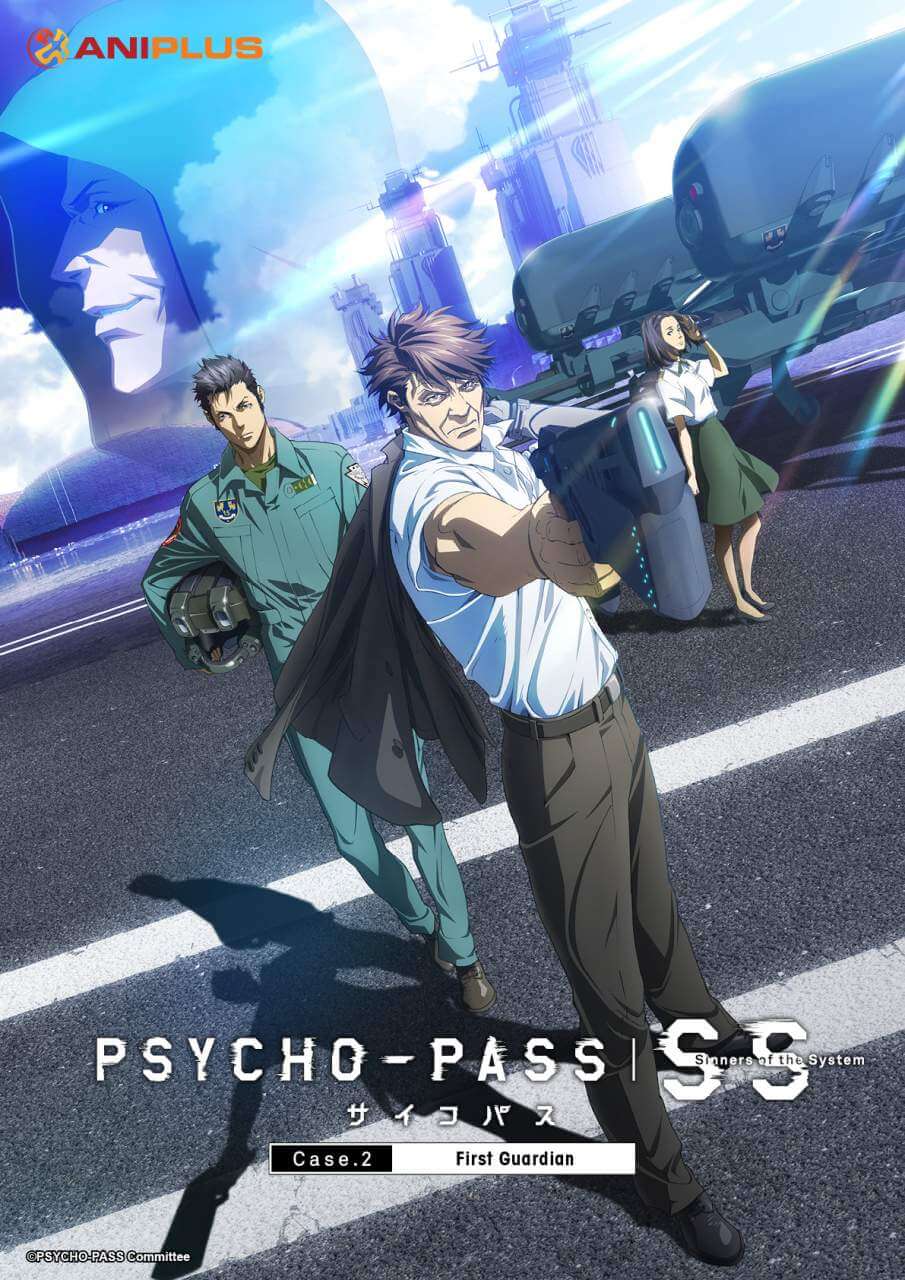 “What really happened during the Footstamp Operation?!”

2112, at Okinawa; the summer before Akane Tsunemori was assigned to Division One of the Public Safety Bureau’s Criminal Investigation Department.

Teppei Sugo, an accomplished pilot of the Defense Army’s 15th Integrated Task Force, joins the military operation. Three months later, an unmanned combat drone opens fire on the Ministry of Defense in Tokyo. Enforcer Tomomi Masaoka of CID Division One is dispatched to Sugo’s military base to investigate the truth behind this case. Case.3: On The Other Side of Love and Hate

“Would you become my teacher?”

Following the incident in the Southeast Asia Union (SEAUn) in 2116, Shinya Kogami resumes his vagrant journey.

In a small South Asian nation, Kogami rescues a bus of refugees under attack by armed guerrilla forces. Among the refugees is a young lady by the name of Tenzing, who begs Kogami to teach her how to retaliate against the enemy. Just what do the girl who wishes for revenge and the man who has exacted revenge see as they gaze upon the edge of a world from which there is no escape?

Advance ticketing will begin in the week of 21 October, stay tuned to more updates!

ANIPLUS Asia released the first animation film of the series PSYCHO-PASS The Movie back in 2015.