Will their melody bring joy, or despair? 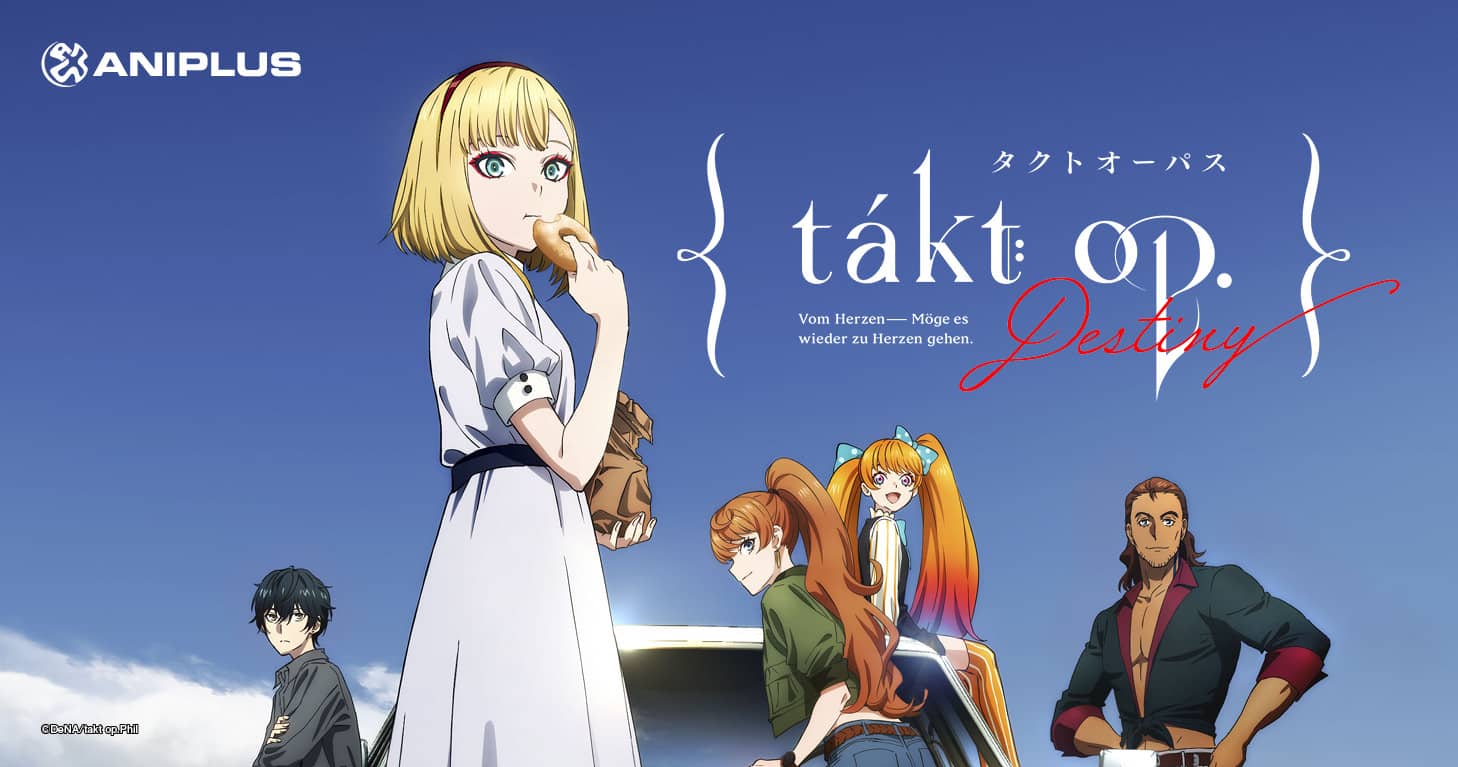 It all began 10 years ago. The D2 dyed a concert hall in Boston with blood in what became known as the “Boston Tragedy”.

Among the victims, Takt’s father, Asahina Kenji, was a renowned conductor who also lost his life in the incident.

Much time has passed since then. After losing his father, the boy engrosses himself in the piano, as though pouring his frustration into music.

Cosette, a girl who is the spitting image of “Destiny”, takes care of him. Recap on the past episodes below:

4 years have passed since the cease-fire with the D2 under “Grand Maestro Sagan’s Declaration”. The world still perceives “music” as a taboo, and melodies are still banned.

In the ruins of America, a boy who grew up without ever hearing music, chances upon the sound of a piano. The black-haired boy playing the piano is “Takt”.

And as if drawn to the music, strange monsters called D2 appear, along with a girl named “Destiny”, wielding a sword in hand… takt op. Destiny is part of the takt op. project, a media-mix project by DeNA Bandai Namco. With a mobile game slated for release in 2021, the TV anime series by MAPPA x Madhouse will premiere 2021 October