You'll never get sick of the cat-eared sorceress' reactions! 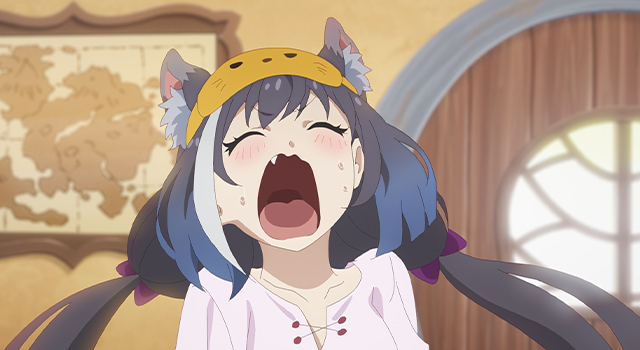 With a cold attitude towards Yuuki and party, Karyl is the member with the most common sense in the Gourmet Guild. On Episode 6, “Melody of Departure ~Aromatic Spices under the Starry Sky~“, fans witnessed the various changes in her expressions, especially the scenes where Kokkoro (CV: Miku Ito) attempts to use bugs as dinner ingredients and where she becomes a crying drunk.

The latest episode brought forth comments on Twitter such as “This episode is blessed with Karyl expressions”, “She’s really expressive”, “The way her expression changes all the time is cute”, “This week’s expressions are way too good (lol)” and “A lot of effort were put into Karyl’s expressions”.

True that, a lot of effort were put into Karyl’s expressions (which we greatly appreciate!).

It’s not just on Episode 6; the previous episodes also had plenty.

Here’s some of our favourite Karyl expressions:

We’ll never get sick of it!~

You can look back on the previous episodes here!

Princess Connect! Re: Dive is the anime adaptation of the anime RPG developed by Cygames which released in 2018 February. The project features over 50 charming heroines brought to life by a star-studded cast of voice actresses. The game has been released in Taiwan and South Korea, allowing it to be enjoyed by countless players around the world.