Re-explore the charms of the DanMachi series!

Before you catch the new season, here are five reasons you should watch DanMachi 2. Without further ado, here are the mentioned five points:

[Editor’s note: this is a translation of an article by animateTimes, dated 11 July.]

1. Conquering dungeons with swords and magic! The classic RPG-like setting

The story is set within the dungeons that lay below the Labyrinth City, Orario. Adventurers from all walks of life dive into the dungeon, seeking different goals.

Within this classic fantasy world, not only humans exist—demi-humans, monsters and Gods as well. The Gods that descend from the heavens to the mortal realm would create a faction they call their “Familia” and bestow upon their children their divine grace.

However, no familia would accept newbie adventurer and protagonist, Bell Cranel (voiced by Yoshitsugu Matsuoka). On the other hand, the “good-for-nothing goddess”, Hestia (as profiled in the official site), has difficulty building her familia. Their encounter would form the two-member Hestia Familia.

As a member of the Hestia Familia, Bell gains the divine grace of Hestia and embarks on his journey with his newfound strength to fight against monsters. He eventually gains a weapon that strengthens with the growth of its owner and by strange coincidence, learns a magic skill that does not require incantations. This anime is filled with tropes which fans of this genre would enjoy!

2. A dungeon encounter leads to the protagonist’s rapid growth!

As the title suggests, “picking up girls”. During one of Bell’s explorations, he encounters Ais Wallenstein (voiced by Saori Oonishi), a First Class adventurer known as the “Sword Princess”, and the one who would change his life.

Of course, it happens in the dungeon. Bell is chased by a Minotaur—a high-level monster impossible for a newbie adventurer to defeat. Despite his desperate attempt to escape, Bell reaches a dead-end. With overwhelming fear, Bell crumbles to the ground. In that desperate situation, Ais comes to his rescue, slaying the Minotaur in split seconds. She turns around and asks if Bell is alright as admiration for her wells up within him. 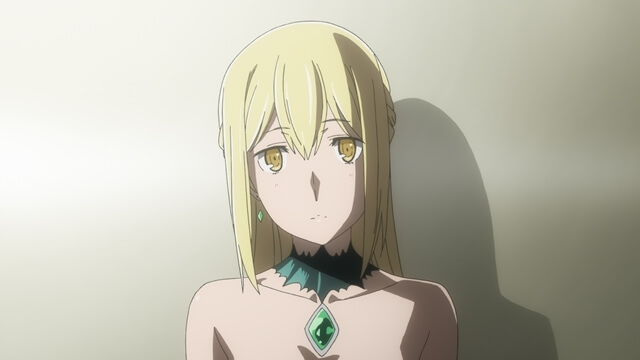 That impactful encounter greatly influenced Bell. One of which would be the development of the “Liaris Freese” ability—allowing fast growth as long as feelings last. The strength of the effects would correspond with the level of the user’s feelings. After that, Ais offers to help out with Bell’s training and that would contribute to his rapid growth.

In the first season of the anime, Bell’s admiration towards Ais has contributed greatly to his growth, but in the second season, we look forward to see new encounters and further developments. You would want to pay great attention to the new characters as well.

You definitely cannot miss out the battle scenes with monsters when it comes to dungeons. In DanMachi, the animated battle scenes are of a different level.

Speaking of battle scenes, it has to be the battle between Bell and the Minotaur in Season 1’s eighth episode, “Argonaut”. Same as the first episode, Ais immediately offers her assistance, but as a man who has to hold onto his pride, Bell rejects her offer and takes on the Minotaur alone.

The situation alone makes it plenty exciting already, but it doesn’t just stop there. Beyond the splattering blood and sweat is a highly-detailed illustration of the agitated and drooling Minotaur. It’s not only the visuals—the sound of the blade clashing against the Minotaur’s heavy blows and the BGM that flows perfectly with the intensity of the battle scenes just shows the amount of effort put into the music arrangements. 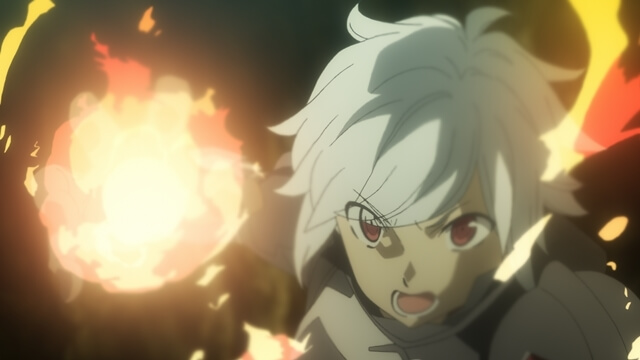 We’re looking forward to the battle scenes in the second season.

4. Fighting for Bell!? His relationships with the unique female characters

Even for those who have never watched DanMachi, we’re sure many people have seen illustrations of Hestia and know about that blue ribbon that hangs below her chest. When the first season aired, “That Ribbon” became a hot topic. Each character definitely has their unique charms, and the relationships shared with Bell is a great point to pay attention to in DanMachi.

Especially the ambiguous relationship between the Goddess and her child—Hestia who can’t help but love Bell, and Bell who only treats her as a figure of reverence. 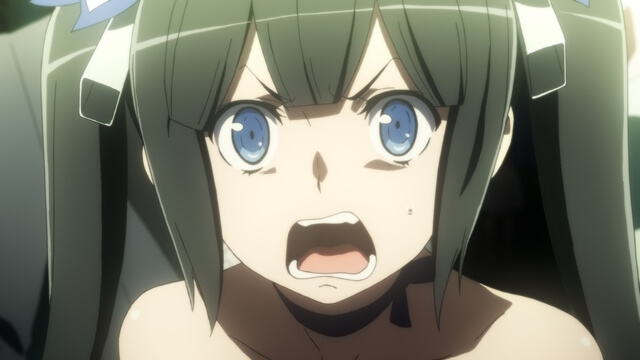 Aside from Ais, the one whom Bell greatly admires, there are many other girls who are interested in Bell, such as Liliruca Arde (voiced by Maaya Uchida) who was saved by Bell, Syr Flover (voiced by Shizuka Ishigami) who makes lunchboxes for Bell every day, and more. Hestia can’t see the end to her worries, can she?

5. New characters and yet another wave of trouble

A few new characters were introduced in the teaser PV of Is It Wrong to Try to Pick Up Girls in a Dungeon? II which was released some time ago.

Out of the characters, we’re looking forward to the development between Bell and Haruhime Sanjono (voiced by Haruka Chisuga). It seems like Hestia will have yet another thing to worry about…!

Furthermore, with the ominous introduction of Apollo (voiced by Ryota Osaka), the “God of Sun who has his eyes on Bell”, the Apollo Familia will make their appearance and you have to check out the story that unfolds beyond. There you have it, five reasons to catch Is It Wrong to Try to Pick Up Girls in a Dungeon? II. Fans of the fantasy genre with a tinge of RPG elements, a bunch of cute characters, intense battle scenes and a protagonist who grows stronger will definitely enjoy this anime. Not to mention, fans who have been patiently waiting since the end of the first season.

Look forward to the premiere, and we hope you have loads of fun watching!