Not one, but three?! And it's all about surfing!~

An all-out youth story about surfing by MAGES. (LOVE&ART), Wave!! ~Surfing Yappe!!~ will be released as a trilogy film project, with the first part slated for a 2020 release. Along with the announcement and teaser visual, a PV was also revealed. 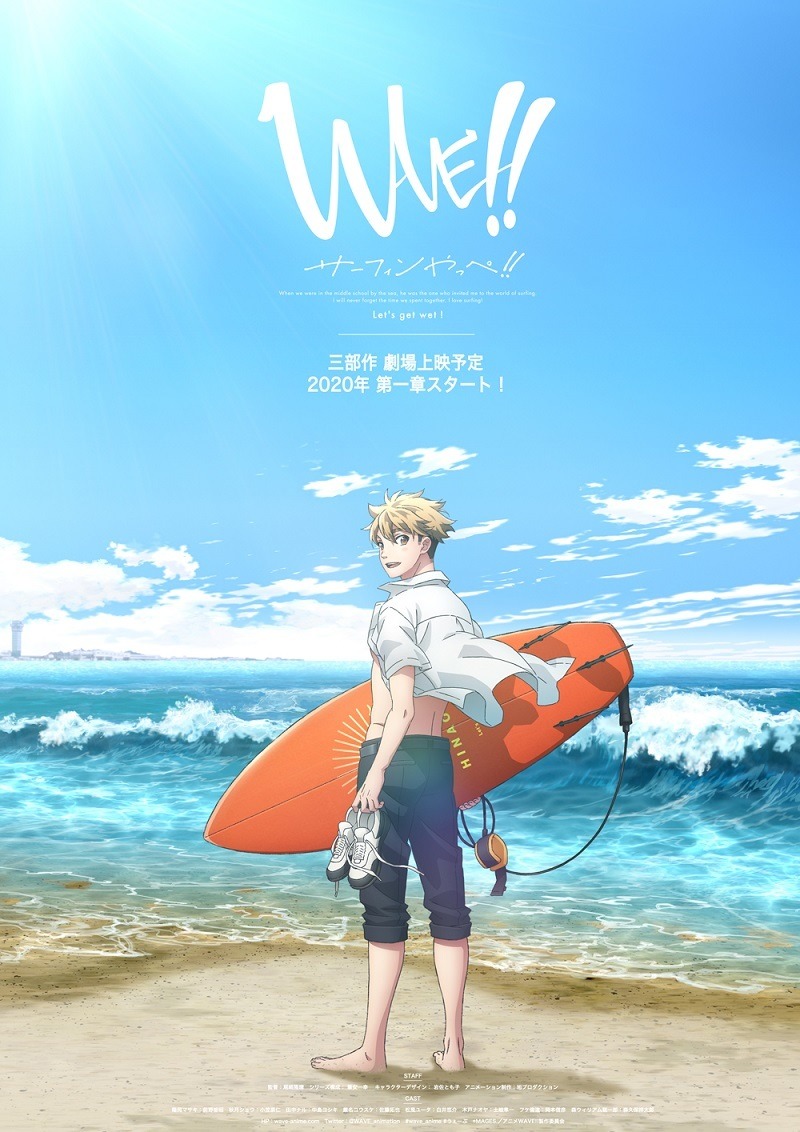 WAVE!! is an original multimedia project by MAGES. (LOVE&ART), which also had a hand in the B-PROJECT franchise. The story is based on the sport of surfing, which will make its debut in the Olympics during the Tokyo Olympics. The original multi-protagonist drama kicks off with the encounter between Masaki Hinaoka (CV: Tomoaki Maeno) and a transfer student, Sho Akitsuki (CV: Jin Ogasawara) as they dive into the world of surfing.

Still images from the PV

The teaser visual which was released with the announcement features the location where the story takes place—Ooarai Town of Ibaraki Prefecture, a hotspot for marine sports—and the back view of Masaki standing by the shores with a surf board, while bathing in the refreshing breeze.

In addition, the released PV features 8 boys altogether. What kind of story will these characters full of individuality bring while giving their all into surfing? Exciting content awaits.

Takaharu Ozaki (Goblin Slayer, Shoujo Shumatsu Ryoko) will serve as Director, while Fudeyasu Kazuyuki (Black Clover, That Time I Got Reincarnated as a Slime) will handle the series composition. Asahi Production will be in-charge of the animation production.