Beyond their false paradise, will Emma and the others find a way to survive amidst the beautiful but cruel world? 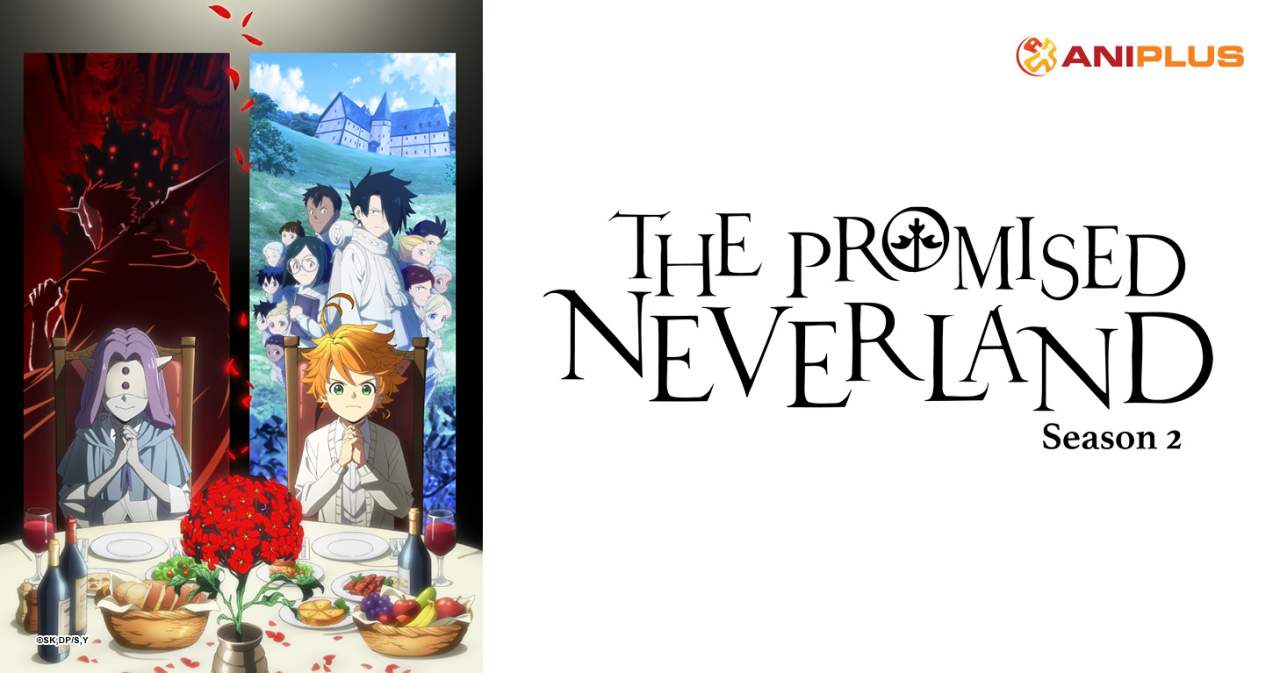 Norman tells Emma and Ray the story behind Mujika, whom he calls the “Heretical Girl”. While Emma is taken aback by the power Mujika wields, she is hopeful about the future. However, Norman intends to kill both Sonju and Mujika as he sees them as severe threats to his plan. Emma expresses her reluctance to kill demons, but Norman’s resolve does not waver as he tries to convince Emma in a dispassionate tone.

While the both refuse to give in to each other, Emma proposes a deal. Recap on the past episodes below:

Norman who was supposed to be shipped out appears right in front of Emma and Ray. Not expecting the reunion that they thought would have never come true, Emma and Ray burst out in tears while giving Norman a big hug. Upon their return to the cathedral, the rest of the children relish in their long-awaited reunion. After that, Norman begins talking about what he went through after he was supposedly shipped out. The children learn about the existence of “Lambda 7214”, where Norman was sent to, and the reason why demons have to eat humans.

To create the future that Emma desires—a future where her friends, family, and all children can smile from the heart, Norman promises to wipe out all demons and to create a world where all children can live freely and safely.

While the children rejoice over Norman’s plan, Emma puts on a miserable expression…

After escaping from the assault in the shelter, Emma and the children seek refuge in a deserted cathedral located at a short distance away from a demon settlement. However, unlike their time at the shelter and the GF House, food is scarce as they barely scrape by. Looking at the sleeping faces of her family, Emma is desperate for a solution and feels responsible for not being able to find one.

On the way back to the hideout after their search for food with Emma, Thoma and Lannion are found out by demons at the settlement…

The telephone suddenly rings. While Emma picks up the receiver cautiously, it turns out to be a pre-recorded call from William Minerva. Through the recording, the children learn the truth from Minerva. Working towards their goal to reach the human world, the children come up with a plan to secure a steady lifestyle within the shelter first, then get Phil and the rest of the children from the House after that.

Meanwhile, in the basement of the Farm’s headquarters, Isabella is offered a chance at freedom in exchange for bringing back all the escapees. She takes up the offer and swears to bring back every single child.

With Mujika and Sonju’s guidance, Emma and the children learned the ways of survival and are one step closer to the destination marked by the pen. To reach “B06-32”, where William Minerva is assumed to be, the children begin trekking through a wasteland but to find nothing upon reaching the designated spot.

However, after entering a new password using the pen, the map of an underground shelter is revealed. Within the well-equipped shelter, the children take a brief respite but eventually stumble upon something strange…

Those who saved Emma and the others turned out to be demons named “Mujika” and “Sonju”. As part of their faith, they have sworn not to prey on humans.

While the other children are asleep, Emma and Ray visit Sonju to find out what happened to humans 30 years ago and what the world is like now. Sonju then begins to talk about the “past”, and a “promise” that was made between demons and humans.

After learning the truth of the world, Emma is determined to escape from the “demon world”. 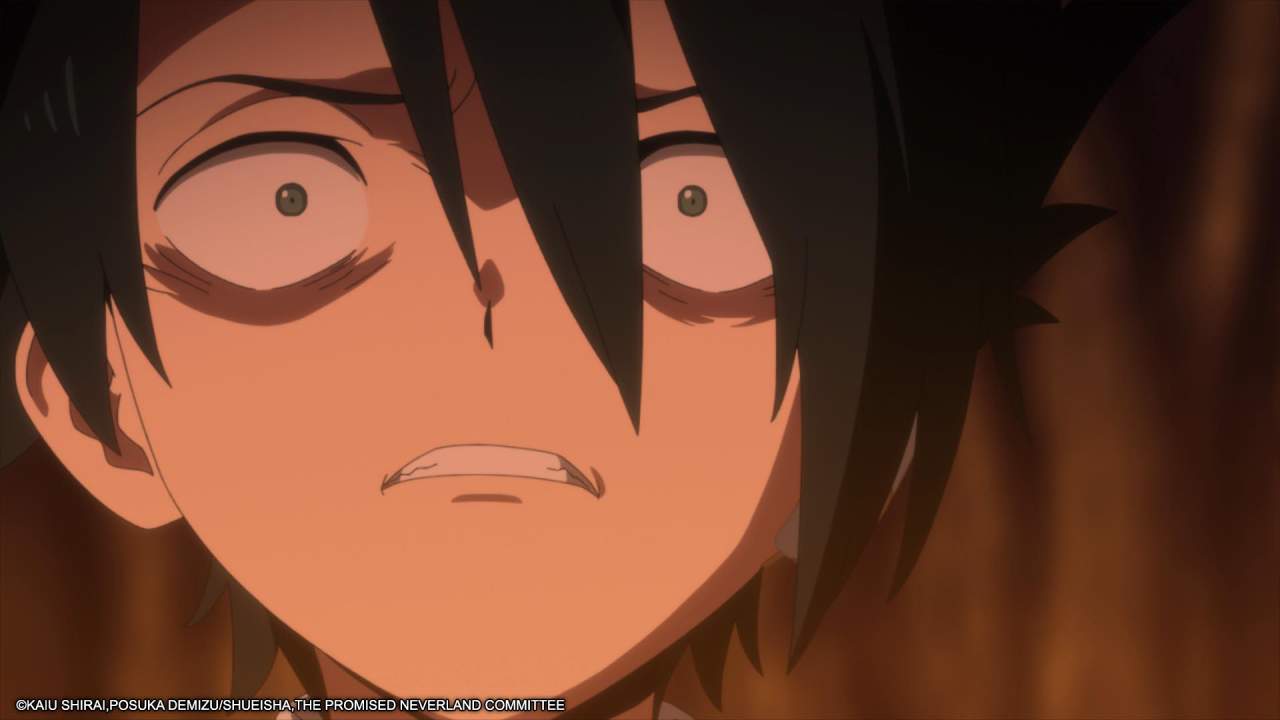 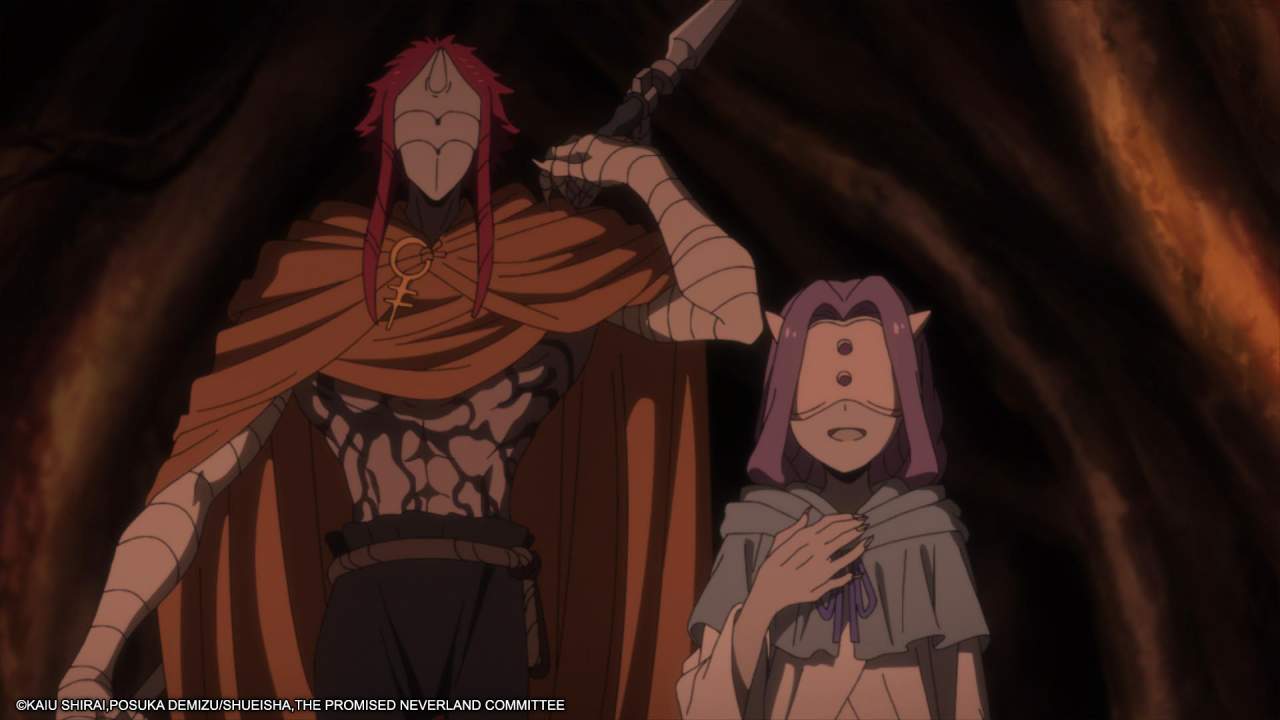 Following their successful escape from the House, Emma and the others are headed for the destination marked by the pen Norman left behind. However, a huge wild demon stops them in their tracks.

To lure the demon into a trap, Ray separates himself from the group but runs into deeper trouble instead. While the others move to a safer location, Emma’s ear wound opens as she loses consciousness from a bad fever. 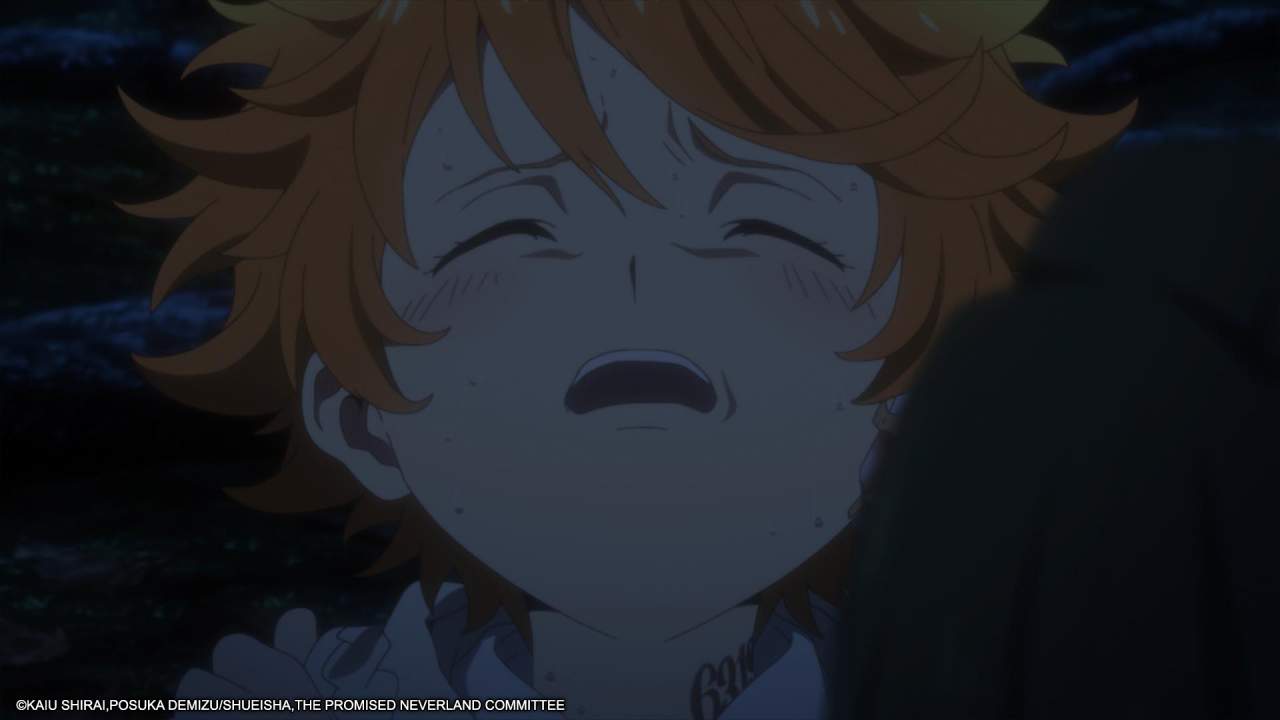 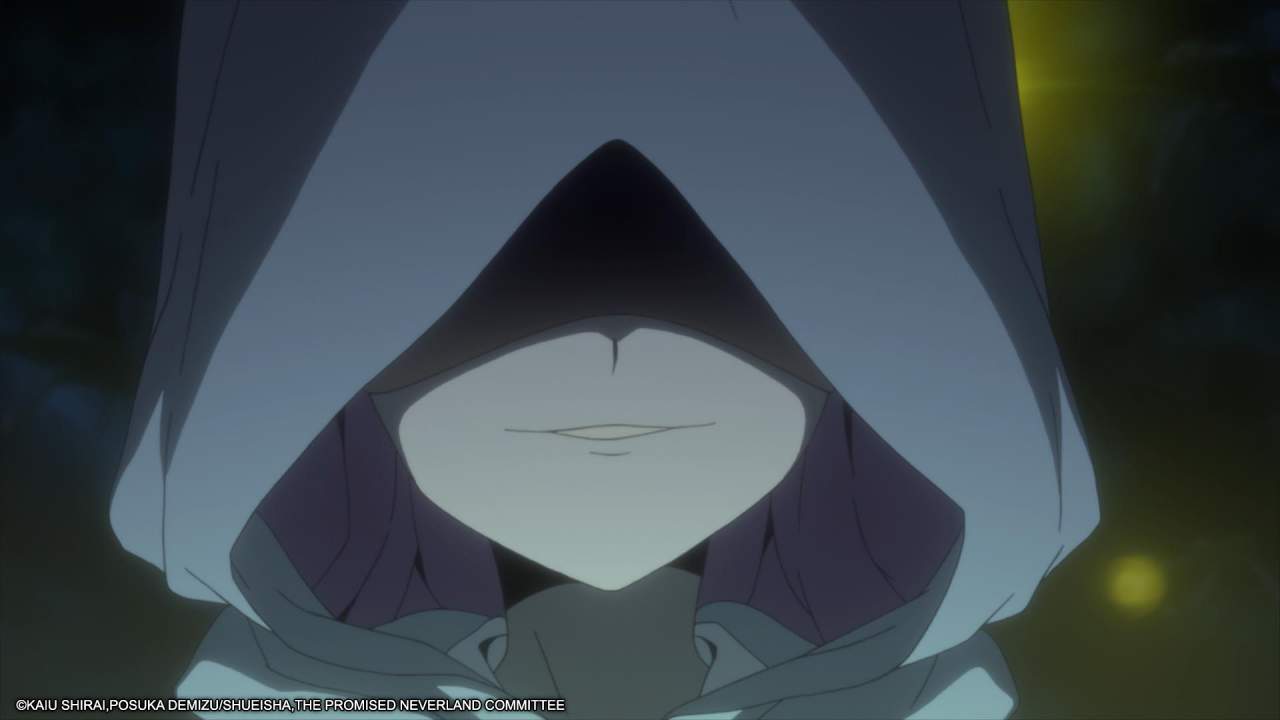 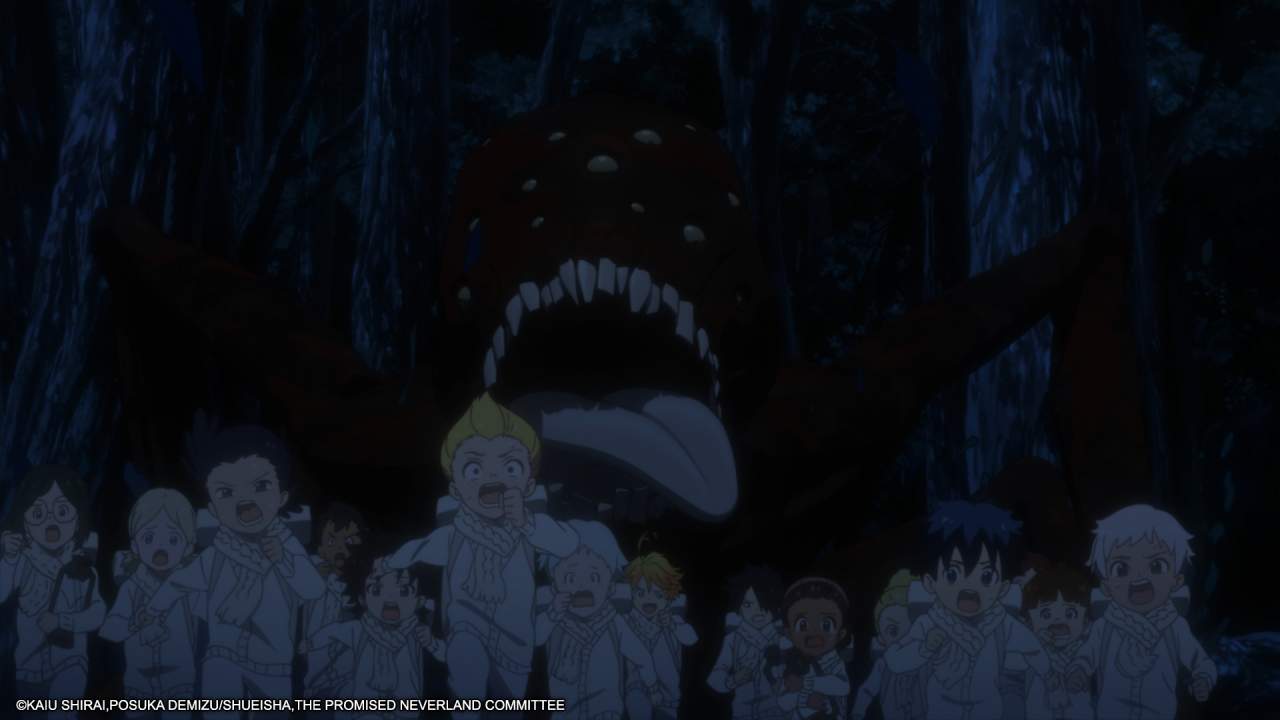 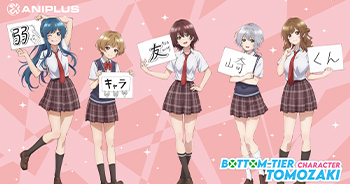 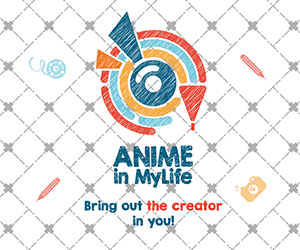 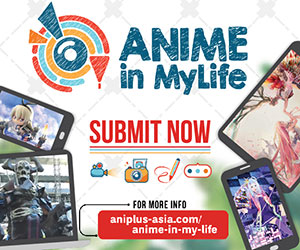