A teaser image released for the TV anime slated for 2021.

The teaser visual and main cast have been revealed for the upcoming TV anime adaptation of Rui Tsukiyo’s Redo of Healer (Kaifuku Jutsushi no Yarinaoshi). The anime is slated for a 2021 broadcast. 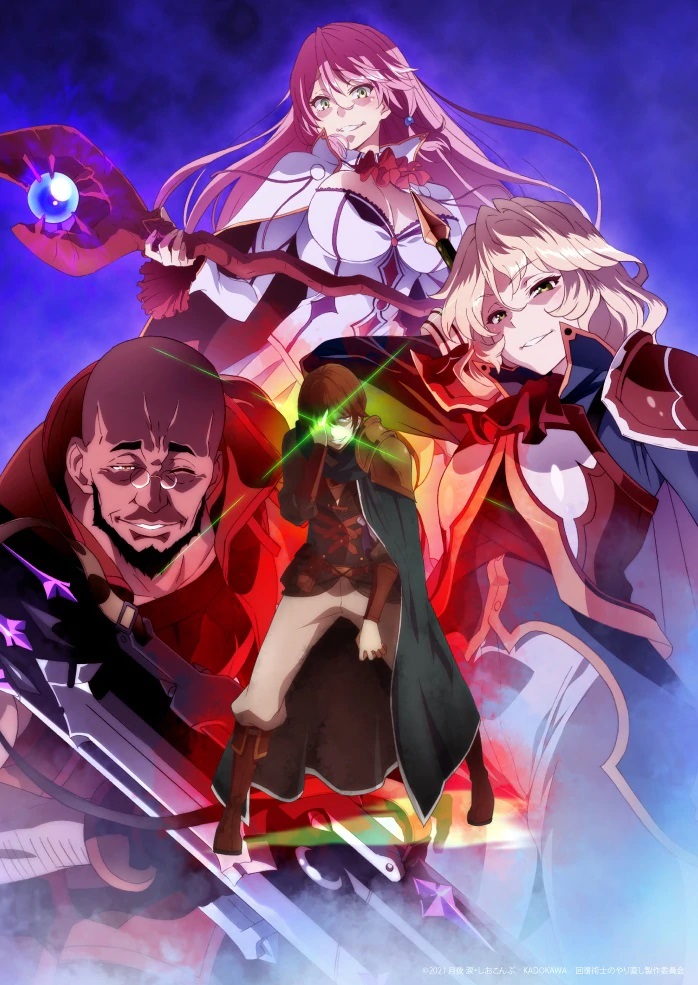 The newly-released teaser visual features the main protagonist, Keyarga, surrounded by other characters Freya, Brett and Blade. The announced main cast is as follows:

Here’s the comment by Takuya Asaoka, Director of the series:

“It was slightly difficult to fully comprehend the character until I chanced upon a book’s wrap-around band with a line that says “to live cheerfully and shamelessly”. Not only that, after that Tsukiyo-sensei told me one line that goes “to enjoy taking revenge without the sadness that always comes with revenge tragedies”. Those sentences gave me an idea on the anime’s direction.

Those who follow the novel and manga would already know that the story is heavily driven by violence and eroticism. “How far can we go?” is one of the greatest challenges we’re having ever since production started, and it’s slowly coming into shape as we work on it together.”

“‘Healing magicians cannot fight alone.’ Keare, who was bound by this common knowledge, was exploited again and again by others.

But one day, he noticed what lay beyond healing magic, and was convinced that a healing magician was the strongest class. However, by the time he realized that potential, he was deprived of everything. Thus, he used healing magic on the world itself to go back four years, deciding to redo everything.

This is a heroic tale of one healing magician who became the strongest by using knowledge from his past life and healing magic.”