A trilogy of movies set for release in Winter 2019

The upcoming three Psycho-Pass movies Psycho-Pass: Sinners of the System has unveiled its trailer.

The trailer revealed the Japanese release dates for the movies: 25 January 2019 (Case.1 Crime and Punishment), 15 February 2019 (Case.2 First Guardian) and 8 March 2019 (Case.3 In the Realm Beyond is___). The new theatrical works will now delve deeper into the universe and characters that the TV anime series has not been able to expand upon previously. 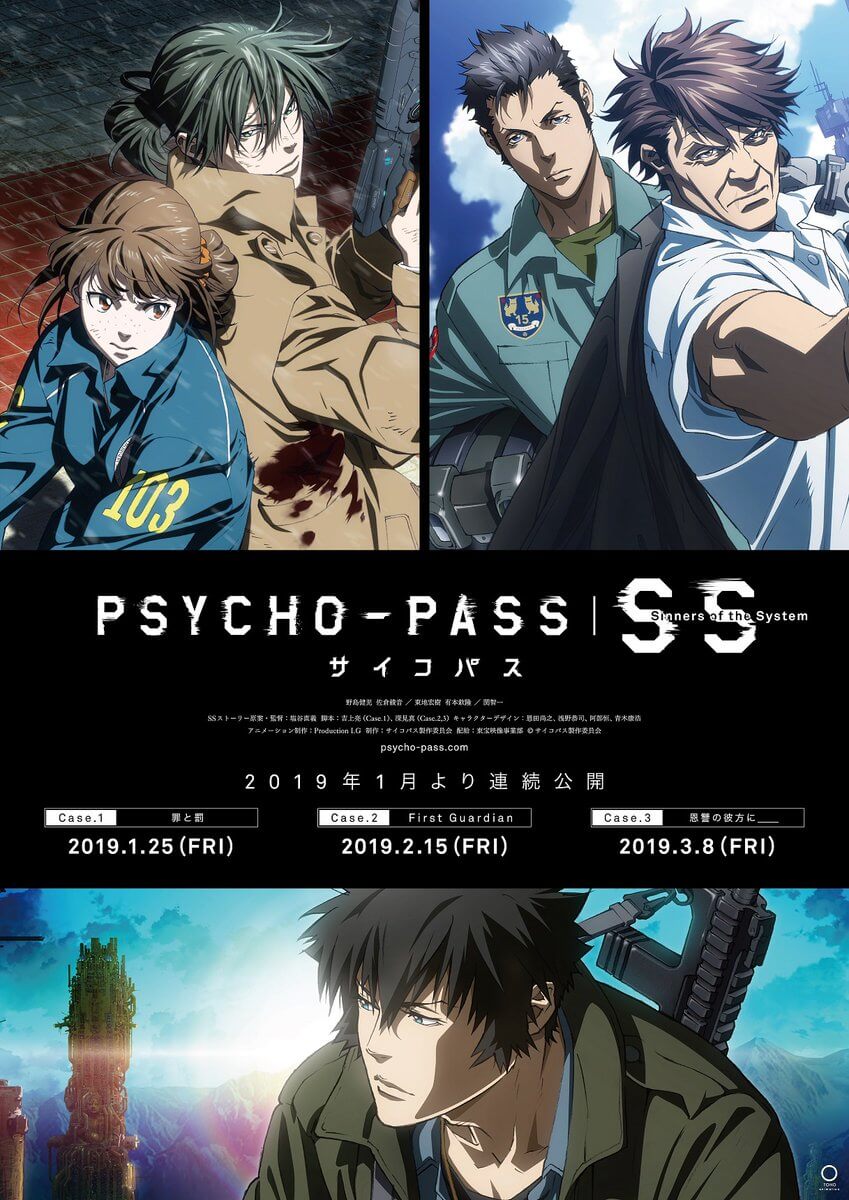 Psycho-Pass is an original sci-fi series set in the near future where a human’s state of mind is quantified and managed, and depicts how justice is questioned by the police organization.

Sinners of the System is set in Japan and Asia approximately 100 years into the future, and focuses on three sets of key characters in three stories, namely Shimotsuki and Ginoza, Sugo and Masaoka and Kogami.

Psycho-Pass: Sinners of the System Case.3 In the Realm Beyond is ___
8 March 2019
Cast: Tomokazu Seki as Shinya Kogami

All English titles are subject to changes.

ANIPLUS Asia released Psycho-Pass the Movie in Singapore in 2015. The two seasons of the TV series were also broadcast and simulcast in Southeast Asia respectively: Season 1 in 2013 and Season 2 from October to December 2014.