Created by Ryudai Ishizaka and serialized on Cycomics, Iwa Kakeru!: Climbing Girls is receiving an anime adaptation! Along with the announcement, the main cast was also revealed. 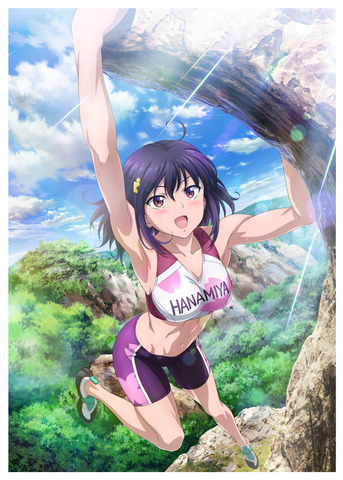 The story’s main protagonist, Konomi Kasahara, was a multiple-award winner of various national puzzle game tournaments back when she was in middle school. Upon her admission into Hanamiya Girls’ High School, she learns about a colorful “rock puzzle” — Sport Climbing.

Friendship and rivalry… we witness the girls’ strive for the top in the world’s first sport climbing anime. More details regarding the cast and air date will be announced later.