New season to broadcast in Spring 2019

The official Twitter and website for Kafka Asagiri and Sango Harukawa’s Bungo Stray Dogs have released the key visual and announced the broadcast for the third season of television anime series, Bungo Stray Dogs, on New Year’s Day. 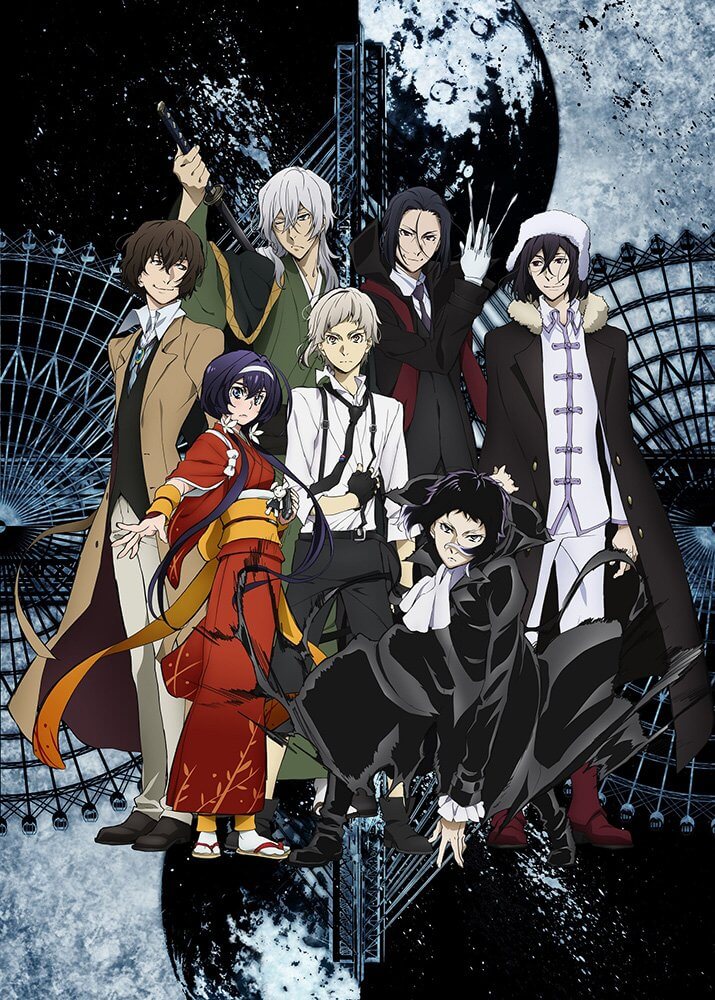 The staff and cast from the previous two seasons and film will return for the new season. Takuya Igarashi and Yoji Enokido will continue to work on directing and scriptwriting respectively. BONES will return to animate as well.

It is also announced that both GRANRODEO and Luck Life will return to perform the opening and ending theme songs.

Bungo Stray Dogs Season 1 simulcasted on ANIPLUS Asia from April to June 2016, followed by Season 2 which ran from October to December 2016.