SOLD OUT concert to be shown worldwide on YouTube 15 Nov

For the first time ever, Yoshiki will live stream his concert worldwide to international fans via Yoshiki Channel International (on YouTube for fans outside of Japan).

The concert will be broadcast in its entirety along with special bonus content from the November 12th show featuring Sarah Brightman. The live streaming event will happen on 15 November 19:00 (JST). 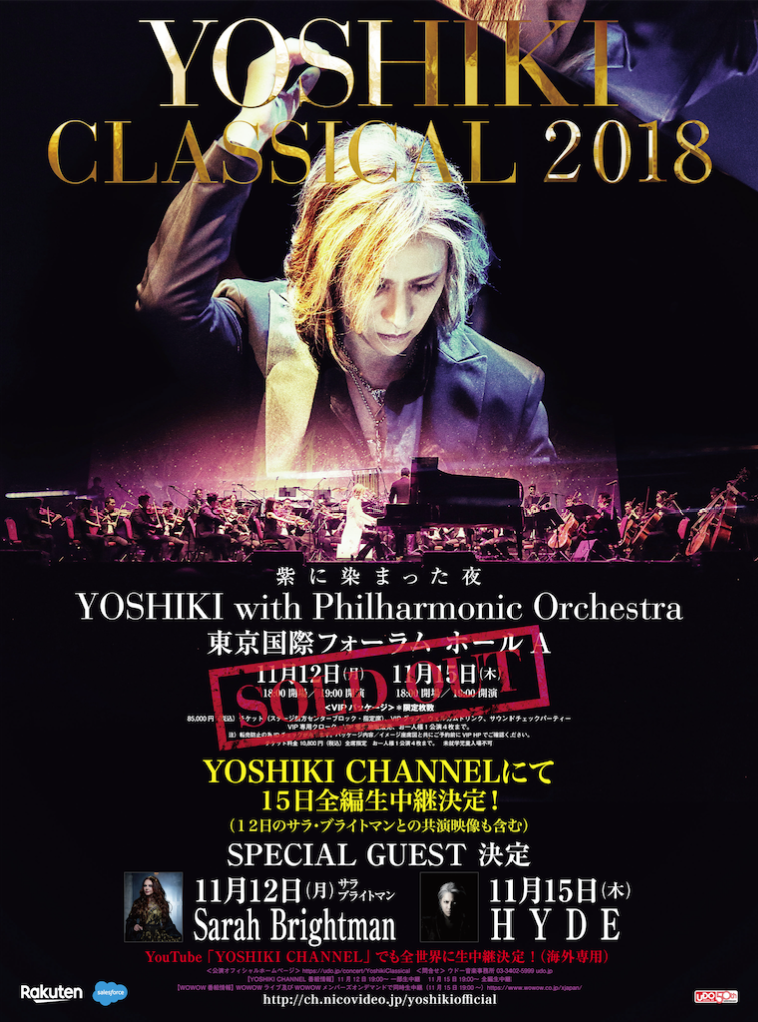 Yoshiki is a composer, classically-trained pianist, rock drummer, and the leader of the rock group X Japan. He collaborated with HYDE (vocalist of J-rock band L’Arc-en-Ciel) for the opening theme song “RED SWAN” for Attack on Titan Season 3, which was simulcast on ANIPLUS Asia from July to October 2018 in Southeast Asia.

The song became a chart topper worldwide upon its release.