Which Light Novel to Turn into Anime?

AnimeAnime released a survey result on which light novel/novel fans would like to see adapted into anime for 2018. Check out the results.

Number one with 7% support. This sci-fi action fiction won the grand prize at “23rd Dengeki Novel Prize” in 2016.

Set in the Republic of San Magnolia where the country is under the ravage attacks by unmanned weapons known as Legion, the story takes a look at the severe and sad struggles of the young men and women from the defenders “Eighty-Six”. Number two with 3% support. A fantasy work that started on Internet web novel website “Syosetu” before it got published as a light novel series by MF Books.

It tells the story of protagonist Rudeus who gets reborn as a baby in a fantasy world, and how he survives in the new world with knowledge he possesses from his previous life. Number three with 2% support. Also a fantasy work that started on “Syosetu” before it got picked up for publication as a light novel series by TO Books.

This is a story about a bookworm protagonist who gets reborn in a fantasy world, where she uses modern knowledge to make books. 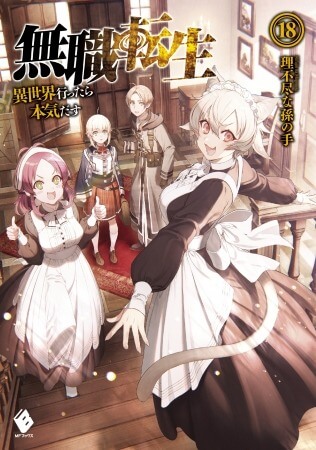 Number four is jaku-chara Tomozaki-kun, the winner of Award of Excellence in “Shogakukan Light Novel Award” in 2015. Number five is seirei gensouki, another entry from “Syosetu” and then published by HJ Bunko. The top five consists of two award-winning works and three from “Syosetu”.

Fantasy stands out in the overall ranking, particularly the ones where protagonists are reincarnated into a new world, a trope which is popular recently.

Here is the Top 10 ranking: