with preview, stills and synopsis

Check out the preview for the latest episode of Tokyo Ghoul:re #22 “The End of the Tragedy”.

Kaneki loses consciousness in his battle with Juzo and co., and awakes in a mysterious space. There, he reunites with Rize Kamishiro, who laughingly calls him a “murderer”. Meanwhile, the dragon – upon losing the “nucleus” of Kaneki – becomes unable to retain its form and starts to break down. Ghastly creatures known as “dragon orphans” begin spawning from the dragon. A horrifying phenomenon envelopes Tokyo. 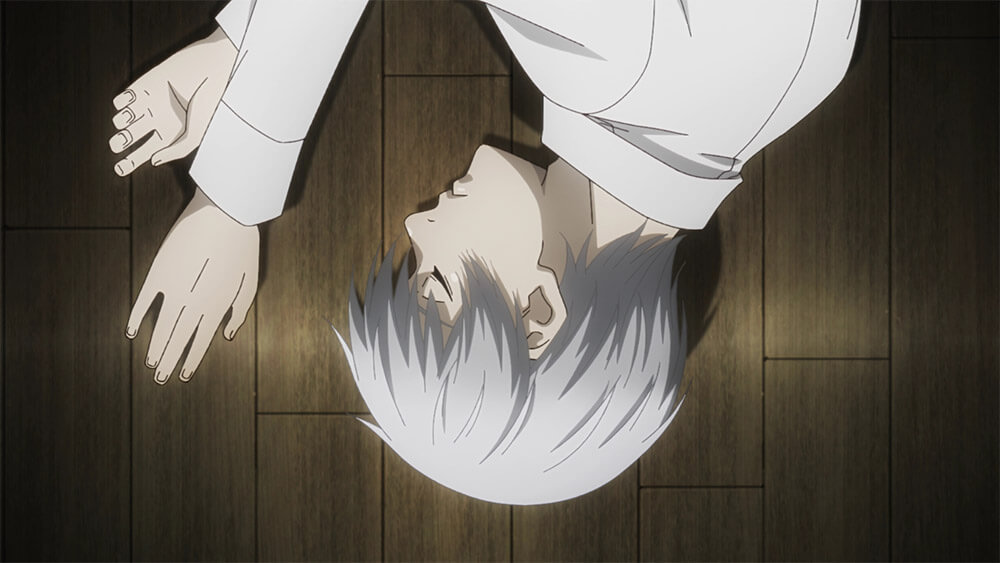 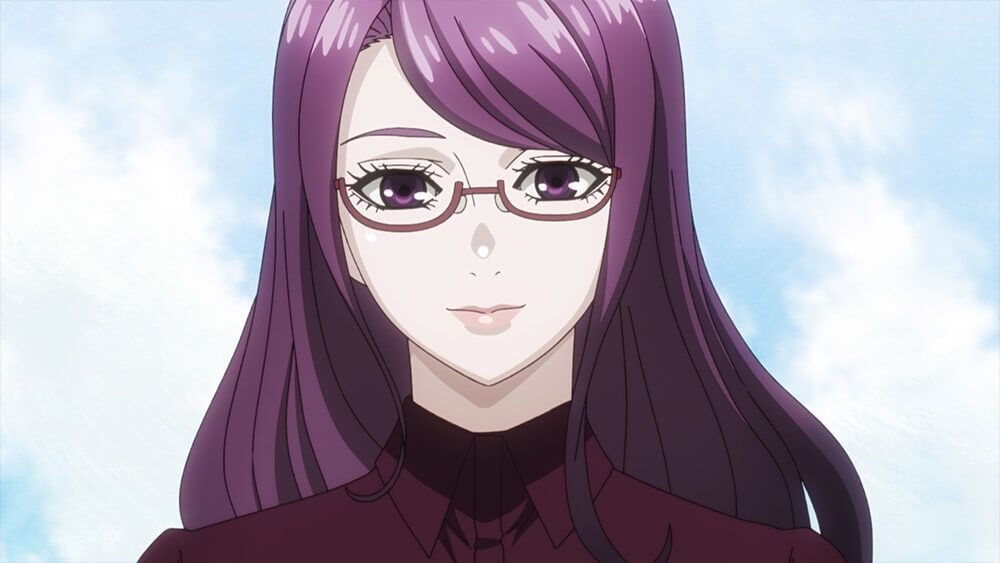 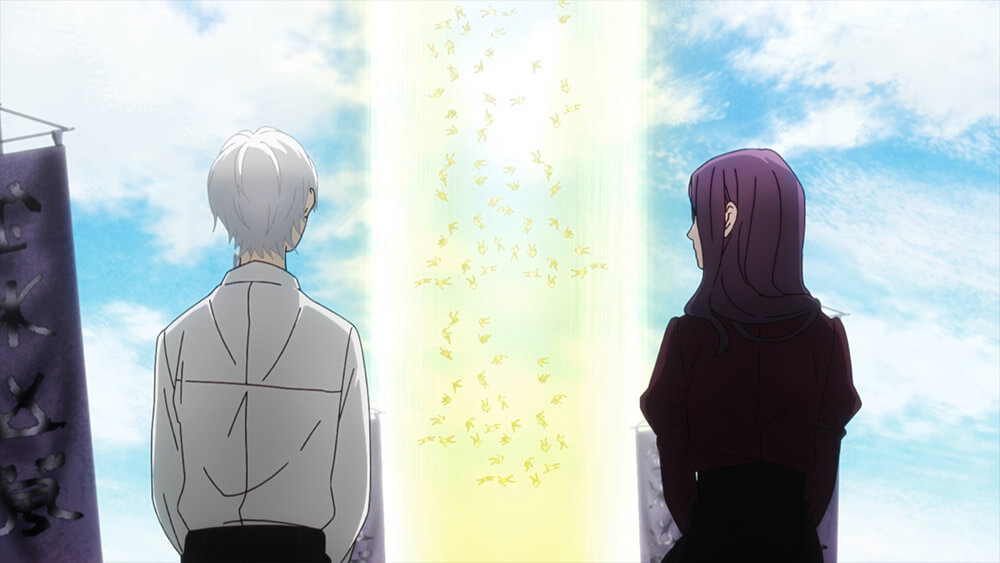 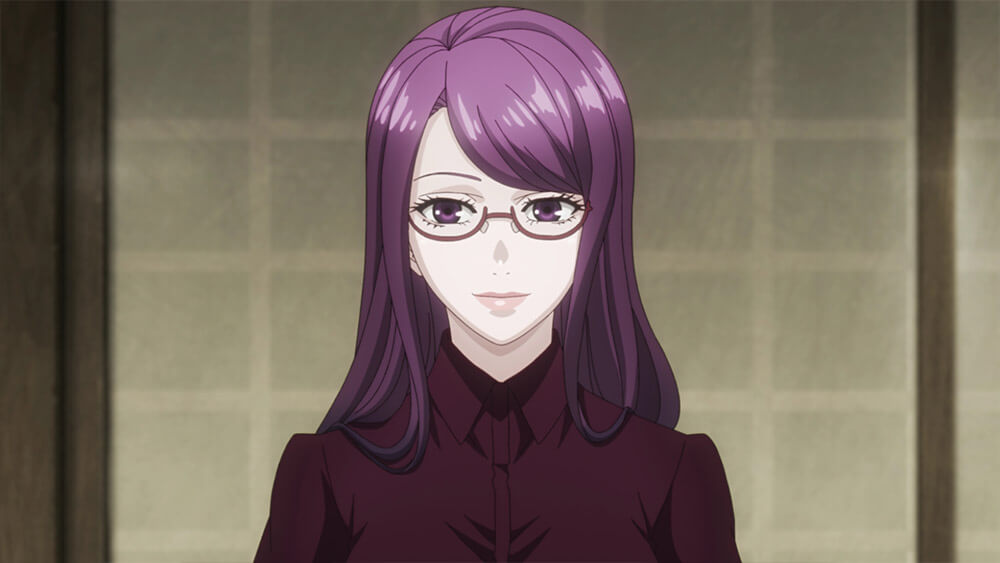