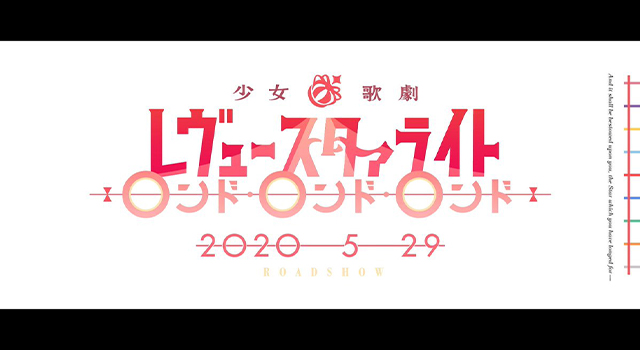 再生讃美曲 (“Saisei Sanbi Kyoku“) is composed by Junichi Sato from anisong group fhána and the lyrics are penned by Kanata Nakamura, lyricist for the Revue Starlight franchise.

The song is performed by Starlight Kukugumi (スタァライト九九組), which consists of the main 9 heroines of the series:

Check out the music video here:

Revue Starlight fans, did that bring a tear to your eyes?

The latest Key Visual for the compilation film was also released in 16th April, during a special programme on Revue Starlight’s YouTube channel.

Two movies were announced during Revue Starlight’s 3rd live, “Starry Diamond” which took place back in 3rd November 2019. Further information about Revue Starlight: Rondo Rondo Rondo as a “re-production” compilation film based on the 12-episode TV anime series was revealed during a live stream in late January. The compilation film is set to be released in Japan on May 29, 2020.

Details about the franchise’s all-new film are yet to be released.