Find out about the "Puberty Syndrome" of the Aobuta cast!

The TV series’ story revolves around the relationship between Sakuta Azusagawa, the protagonist, and heroine Mai Sakurajima. This time, the movie will focus on Sakuta’s first love, Shoko Makinohara.

The main cast of the movie (Kaito Ishikawa, Asami Seto, Inori Minase) will tell us more about the series’ charms and share with us a story of their adolesence which they would claim as the work of their own version of the “Puberty Syndrome”. 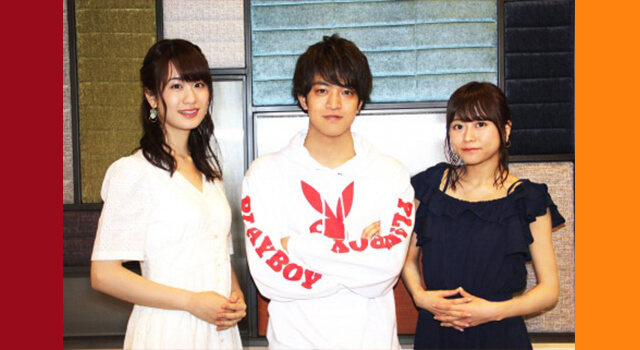 [Editor’s note: This is a translation of an article from ORICON NEWS.]

The TV series of Aobuta aired last October. What were your thoughts when you first saw the movie and its script?

Ishikawa: Shoko-san had only a few appearances in the TV series, but she left a huge impression. After I saw the cut scenes in the movie, it made a lot of sense when I compared them to the novel. As a fan, I was really touched when I watched it.

Seto: The script was three times thicker than the one for the TV series, so I got really excited knowing that there’ll be a wholesome story within.

[Spoiler: Highlight text to read] The scene where Shoko would appear at Sakuta’s house while Mai was preparing dinner left a deep impression on me. Mai-san holding the kitchen knife with a straight face and the chaos that follows (laughs). Having a comical scene right before the serious story development was really interesting.

Minase: Shoko had few appearances in the TV series, but now that she’s the main character in the movie… honestly, I felt a lot of pressure. When I first read the script, I thought “wow… there are a lot of lines…” and then I just closed it (laughs). Rather than “Yeah! I’m gonna have many lines!”, I felt that I had to work really hard instead. Fans of the original novel know very well that Shoko is a really important character and knowing that made me feel quite uneasy. I’m sure each character has a line that left a deep impression on you. Are there any actions or words that you like or you can relate to?

Ishikawa: I’m a huge fan of the spirit of self-sacrifice. To sacrifice yourself for someone else may appear as a sad thing to that someone, but I really admire Sakuta’s determination to become kinder for the sake of others. He showed me my ideal way of kindness. Rather than relating to it, the feeling of admiration is much stronger. However, in the movie, there are things that cannot be resolved with just kindness and the very human portrayal of his struggle is really relatable for me.

At the end of the TV series, a friend told me that knowing when to say “thank you” and “sorry” are Sakuta’s good points, so I made it a point to do the same. However, whenever I’m troubled, I’m unable to ask for help like Sakuta did. It’s already so hard to build up trust, so I think it’s amazing that he can completely believe in someone.

Seto: Sakuta and Mai’s relationship is wonderful. In the movie, every action they take are in consideration for each other.

However, they’ll suffer no matter which path they choose… Mai-san being able to fully express her feelings towards Sakuta despite all her struggles is really cool and I’m sure Sakuta feels just as strongly. I admire how strongly they feel for each other. 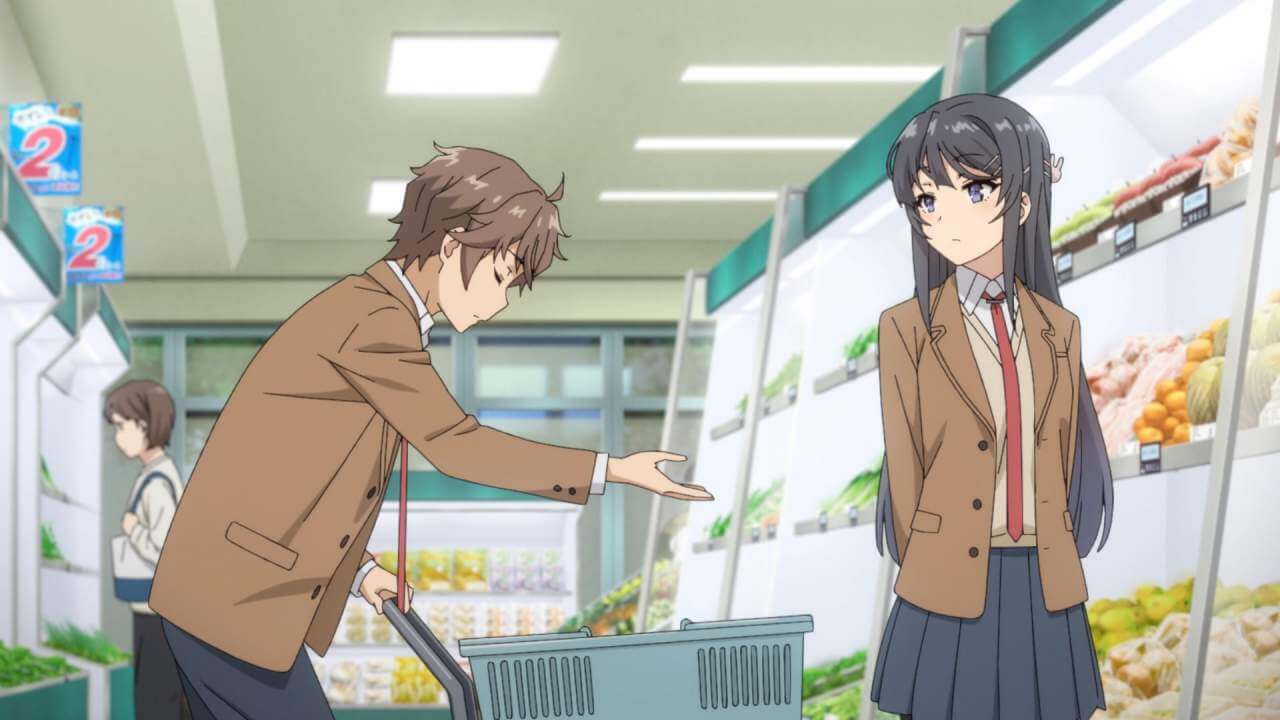 Minase: Whenever it comes to serious business, Shoko-san would talk about it with a straight face, while teasing Sakuta. For me, I would put on a stern face and a serious tone when I have to talk about something serious and go all out when I fool around, so I’m amazed at how versatile she is. Suddenly closing in when she was just teasing him a moment ago… I admire how she’s able to close up the distance with someone without making them uncomfortable.

As for the part where I relate to her… probably how I avoid showing others my tears, anger or dark expressions. I don’t like how hiding my weaknesses would be seen as a weakness itself (laughs). I often put on a facade tell others that “I’m fine, really”. 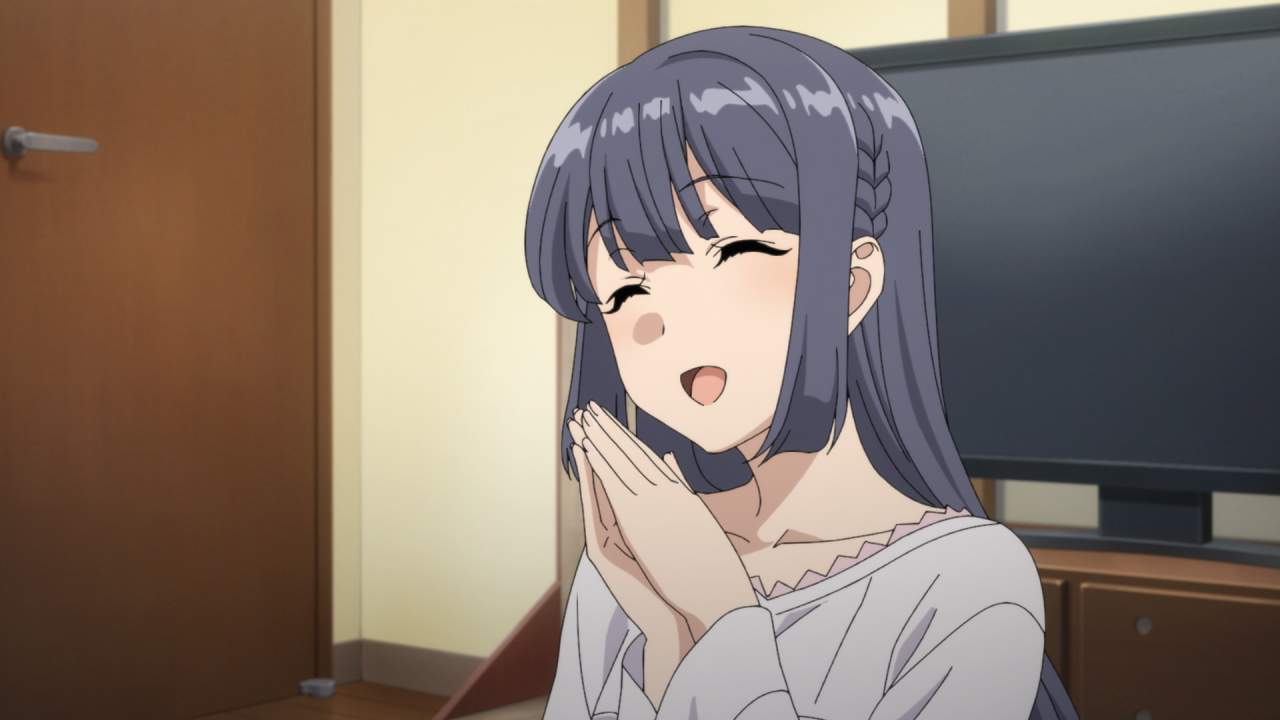 The three of you were cast in many other anime, but did the title “Rascal Does Not Dream of Bunny Girl Senpai” make a huge impact? It says a lot and makes you wonder what kind of story it is.

Ishikawa: At first, I thought “now that’s a funky title~” (laughs) but when you read the story, you learn that they deal with physical phenomenons and show you plenty that you wouldn’t imagine just by reading the title. I felt betrayed, in a good way. I’m sure many anime fans have their doubts when they see the title, but it’ll be such a pity! Please check it out!

Seto: It’s rare for me to be cast for a main character in an anime with a long title, so I knew that it’d be a “whole new experience”. There are many works that illustrate different forms of love, but the relationship between Sakuta and Mai-san is really special. As an actor, it’s a really precious experience.

Minase: Very impactful. Whenever I have to talk “about the Rascal…”, be it with my manager, staff or someone else, it was pretty hard to get used to it (laughs). Even if I got used to it, it’s not something that I’d use in a conversation. The story, however, brings up issues about adolescence in a modern context and it’s something you’ll never expect just from reading the title. Just like Ishikawa-san, I feel betrayed, but in a good way. 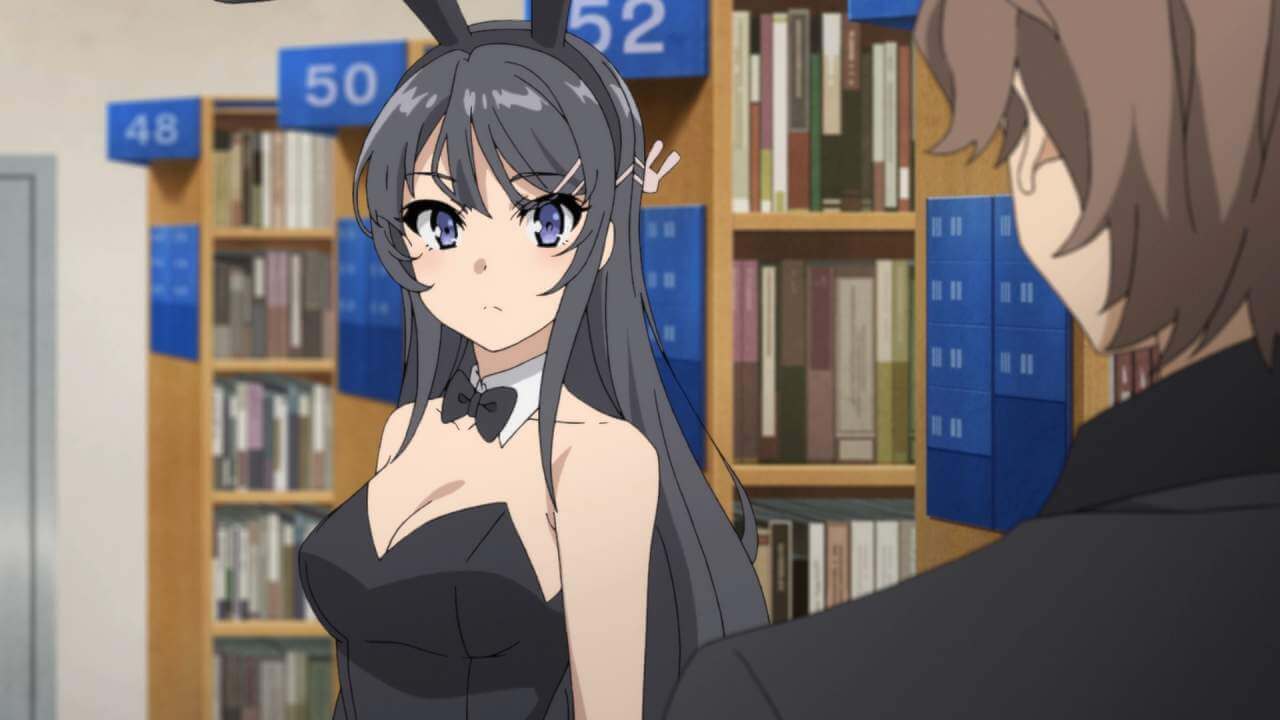 “Puberty Syndrome” is the theme of the series. Tell us about a “complex” you had during your adolescence.

Minase: I really hated wearing pink-colored clothes when I was in middle school and was seen as a boyish girl back then. I hated “girly” colors. I was against showing my legs, so I avoided wearing skirts. I never wore white and pastel-colored sneakers like other girls, but instead I wore navy-colored syunsoku shoes with white lines (laughs). I was like a boy when I was younger but whenever I think back at it, I wish I tried wearing some cute clothes.

In that sense, I really envy Shoko-san’s sweet appearance (blushes).

Seto: I can fully relate to the previous answer (Minase’s). It’s compulsory to wear a skirt in middle school, but I really hated it. I love cute things, but I just couldn’t express it out of embarrassment. I couldn’t do anything cute. I wanted to try wearing cute clothes but I’d think that “it wouldn’t look good on me…”.

Seto and Minase: We suffered from the “cute is embarrassing syndrome” (laughs).

Ishikawa: … it’s the same for me! Something like “I can’t bring myself to wear cute clothes!” (laughs).

I suddenly recalled after listening to Minase-san’s story: I wore syunsoku shoes in elementary school days, when I’d commute to and fro school and when I played outside. It’s so nostalgic. Ever since I was young, I’d use the things I like till the very end, and still keep them even when they’re all tattered.

When my syunsoku shoes were torn, my mother bought me a new pair of shoes from a different brand, but I got really angry and went “why did you throw my syunsoku away?! I was perfectly fine with that!”, and I think what I said was really mean…

My strong obsession towards one thing was my complex.

Ishikawa: Can someone say something nice? (laughs)

There, there. Kaito-san, we’re pretty sure everyone knows how splendid you are!

We hope you got to know more about the cast behind this amazing story!

Rascal Does Not Dream of a Dreaming girl will show in Singapore on 17 & 18 August at GV Plaza, and Thailand on 24 & 25 August at Paragon Cineplex.