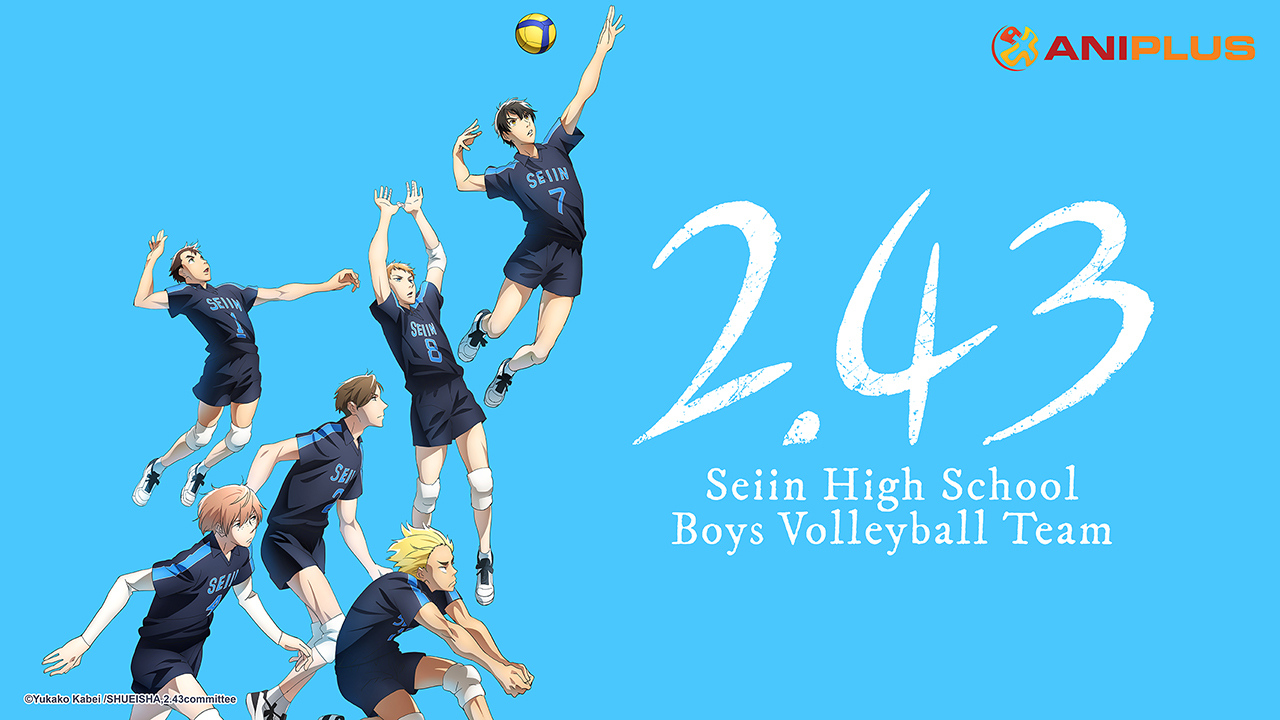 The victors for the Representative Play-offs have emerged. While the two teams line up after the match, Haijima collapses.

Upon waking up, he finds the members of the Seiin team all gathered at his house. Haijima grows suspicious looking at his teammates’ grinning faces, but…

Recap the past episodes below!

Episode 11【The Hero and The Genius Part 2】

The Seiin High team have one final chance after losing the third set.

Kuroba gets a second wind after taking over Oda on the court and scores one point after another.

While both sides go all out in the conclusive fourth set, the match reaches a deuce repeatedly as the ball goes towards…

Episode 10【The Hero and The Genius Part 1】

The Fukui Prefecture Representative Play-offs. Despite having met with an accident, the members of Fukuho renew their resolve to win. Seiin falls short early in the game and loses the first set.

Onto the second set, while Seiin somehow manage to get by thanks to Haijima going all out, they wait for Kuroba to get back on track…

Episode 9【The Unbeaten and the Dark Horse】

The battle for a place in the Nationals between Seiin and Fukuho is looming.

The final training camp commences while both teams work out their strategy—Seiin to keep Mimura in check, and Fukuho to stand against Haijima’s play.

Meanwhile, Mimura visits the hospital for a knee examination…

The Fukui Prefecture Preliminaries for the Spring Nationals begins. The Seiin High team gets into a difficult situation after a series of careless mistakes. Ruminating over Coach Ichijodani’s words during their fateful second set, Kuroba performs a spike with all his might…!

Episode 7【The Ruling Hero of the Court】

The practice match between Seiin High School and Fukuho Technical High School begins. As the match unfolds with both sides going back and forth between offense and defense, Fukuho focuses on passing the ball to Mimura. The powerful attacks from Fukuho’s undefeated ace pierce through Seiin’s defenses!

Witnessing their opponent’s prowess, the members of Seiin begin to…

Alongside him is Mitsuomi Ochi, who stopped playing volleyball due to an injury, but became an important presence for Fukuho Tech.

Episode 5【Stand by me】

Due to Kuroba’s alleged involvement in a certain incident, the Seiin High School Boys Volleyball Team has no choice but to withdraw from the Fall Tournament’s semifinals. At the same time, a word from Haijima leads to a trip to Tokyo with Kuroba.

When the two arrive at Haijima’s old school, Meisei Academy Middle School, the person who calls out to them turns out to be Haijima’s former teammate.

Their first training camp of high school begins and the Boys Volleyball Team is training hard for the upcoming Fall Tournament. However, Kuroba is excluded from offense training and his frustration towards Haijima explodes.

On the final night of the training camp, Kuroba decides to talk it out with Haijima.

Their relationship still strained due to their final tournament in middle school, Kuroba and Haijima enroll in the same high school while Haijima avoids both the Volleyball Team and Kuroba.

Episode 2【The Best and Worst Playmaker】

Knowing why Haijima returned to Fukui, Kuroba declares to Haijima that “it doesn’t matter, I will decide for myself what I think of you.”

They practice all day long, throughout the spring break.

After the new school term starts and the two become seniors, the final tournament of their middle school life begins! 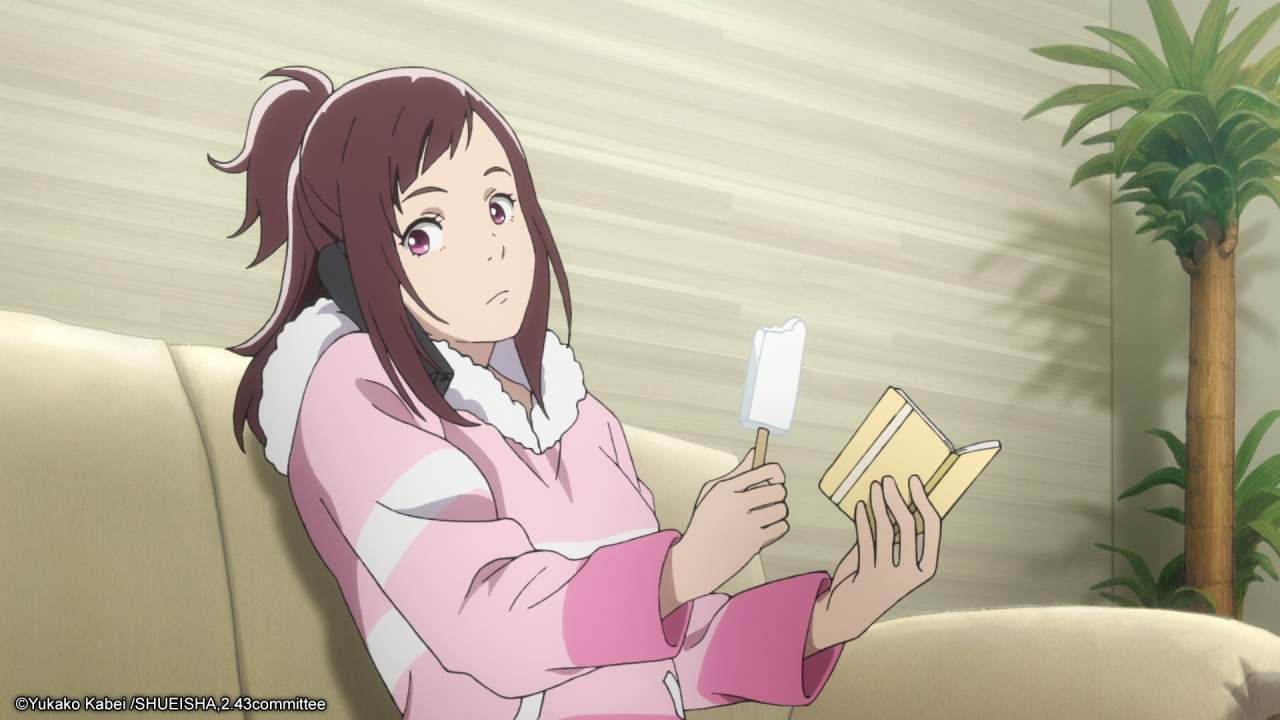 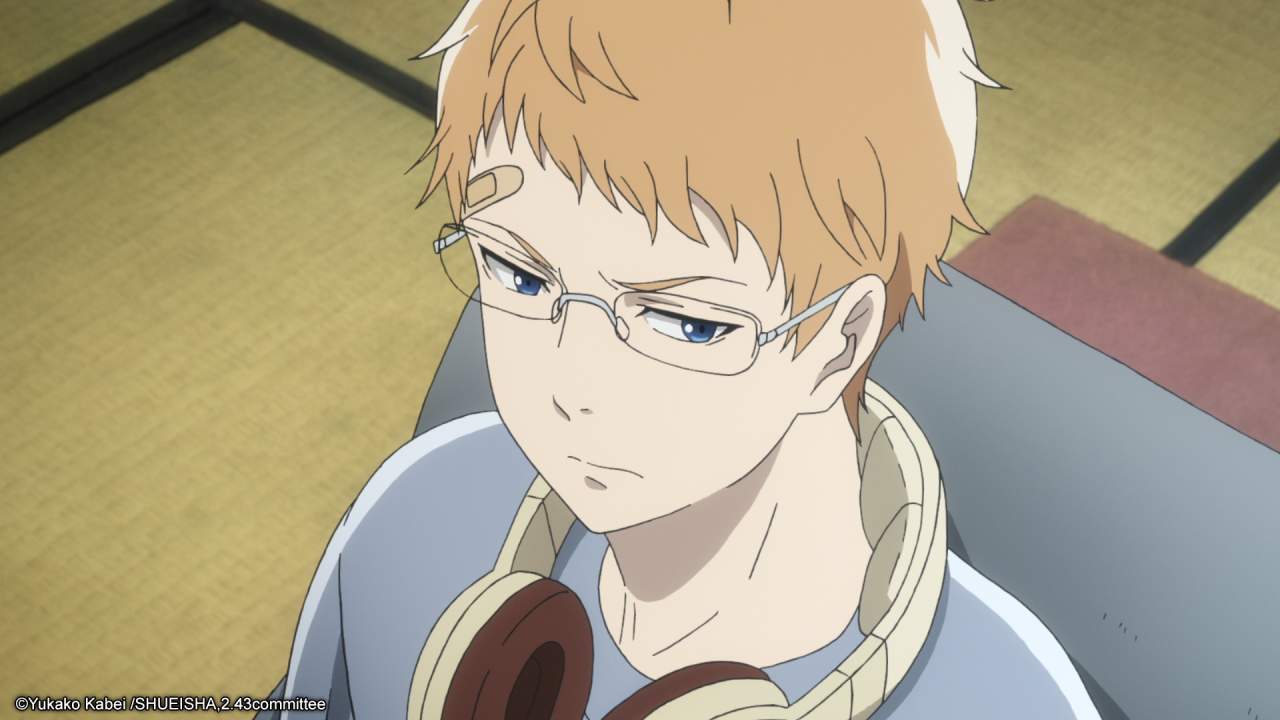 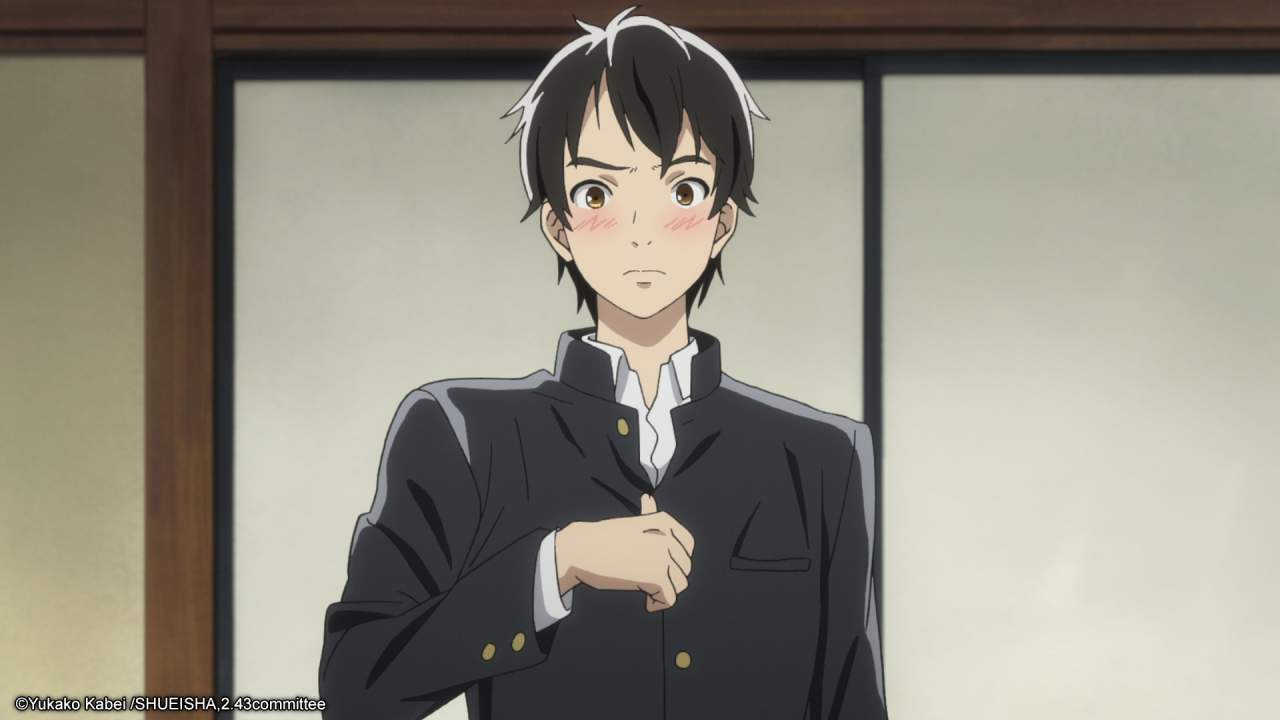 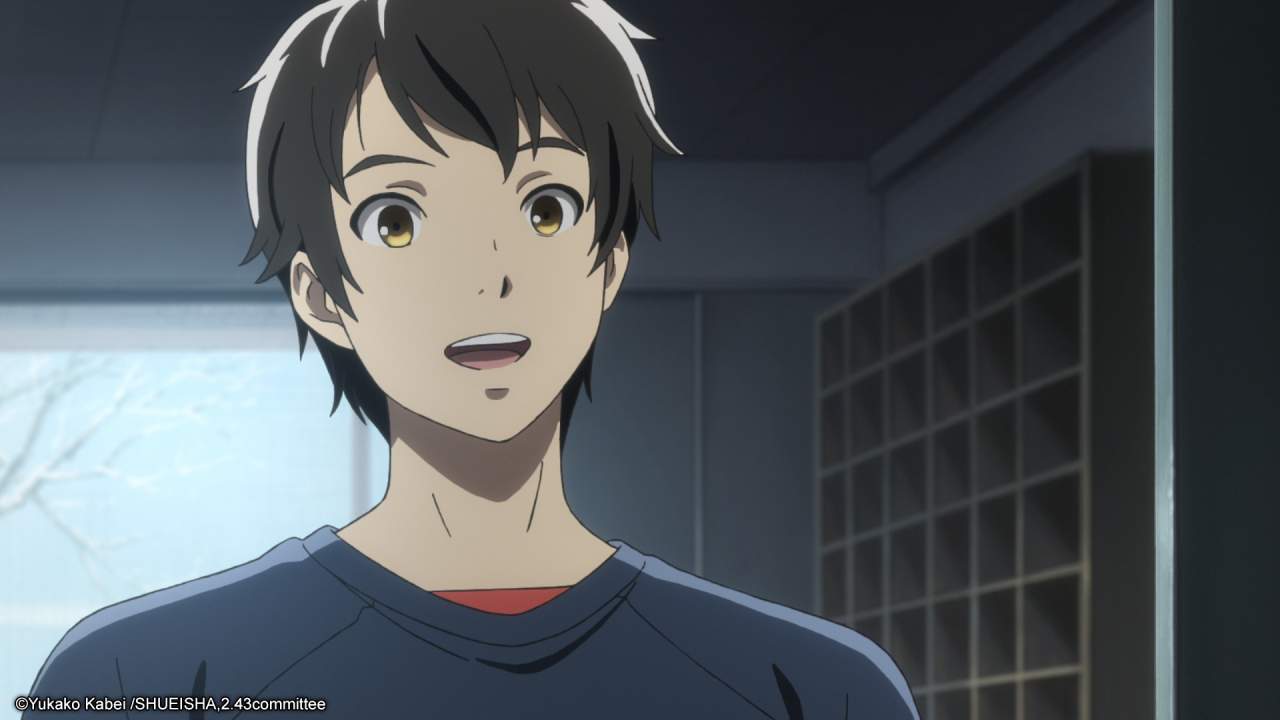 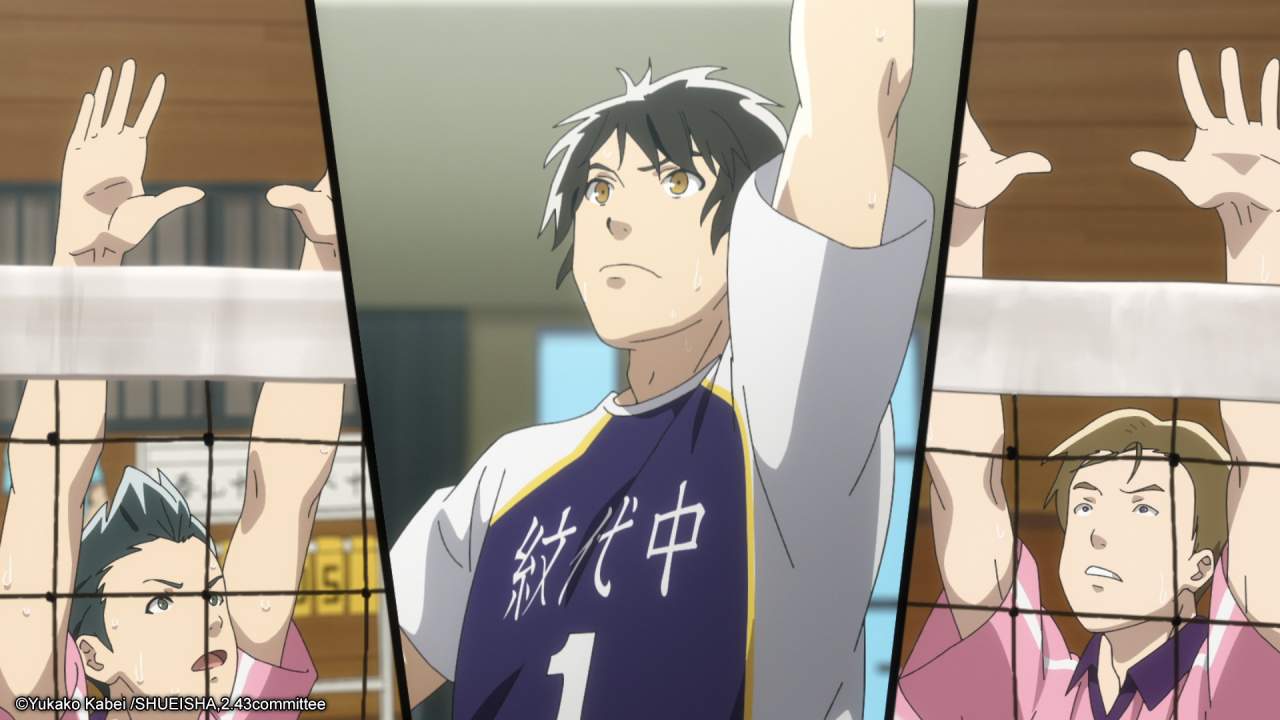 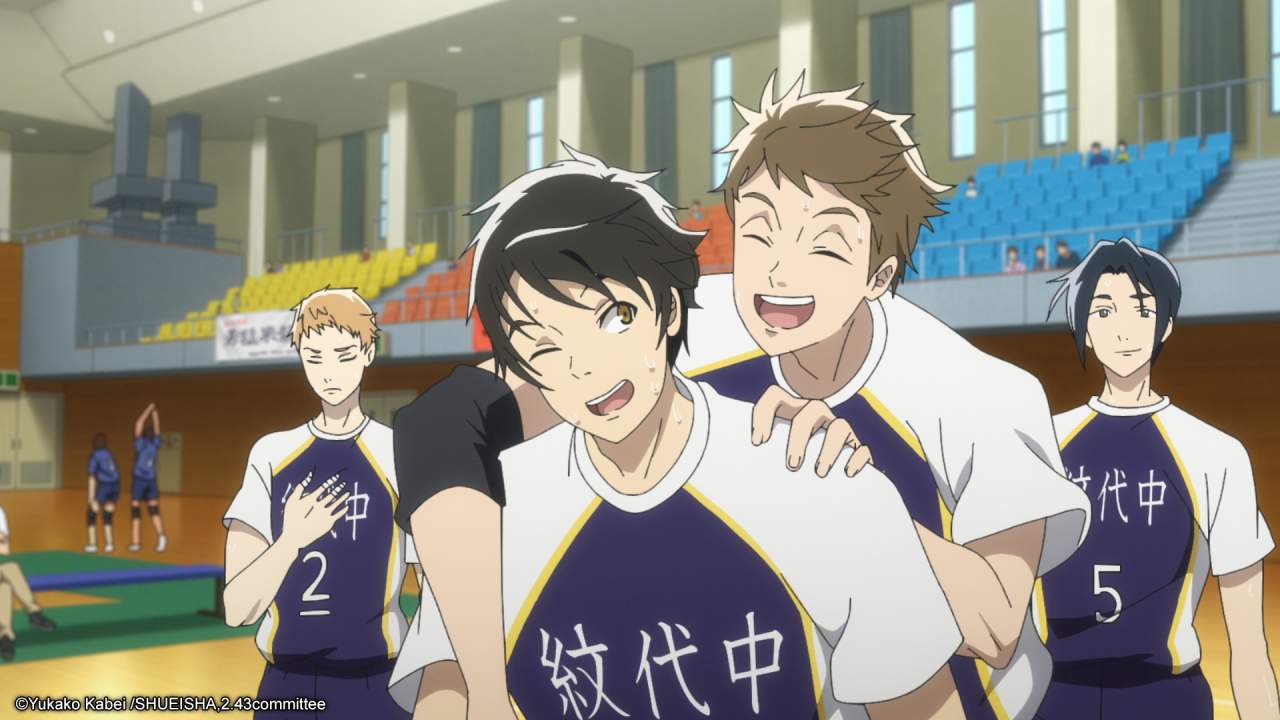 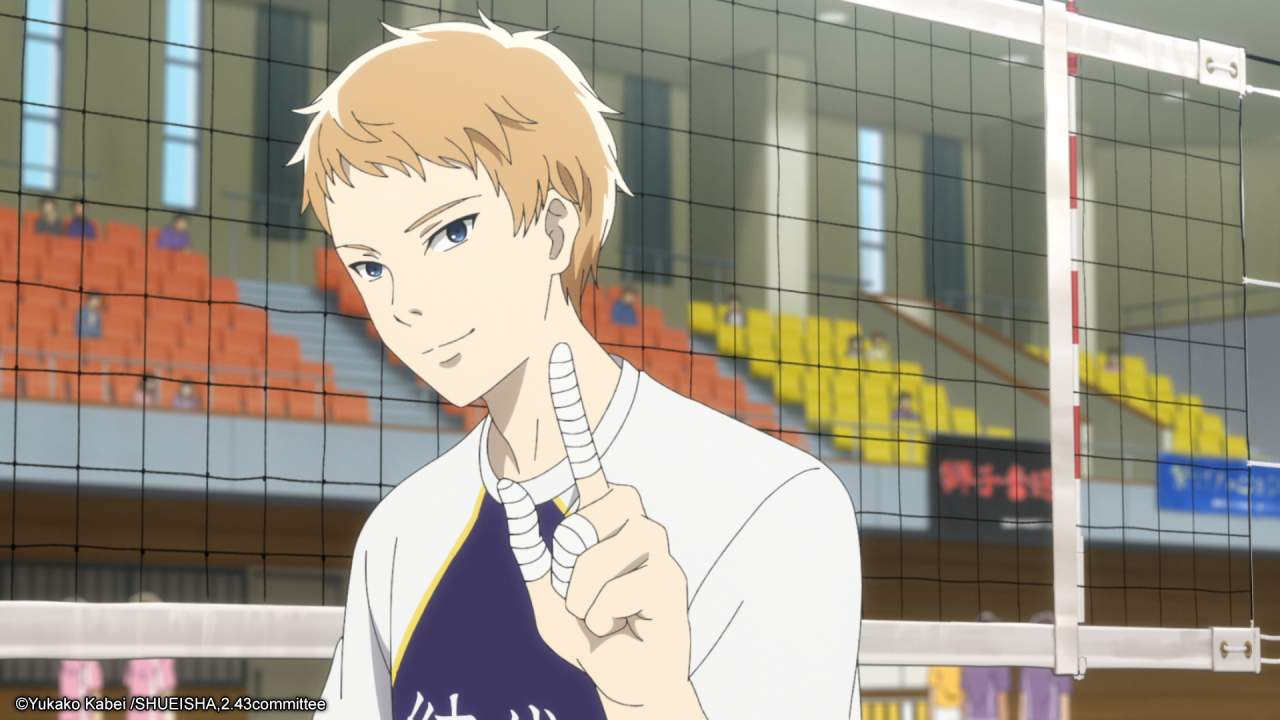 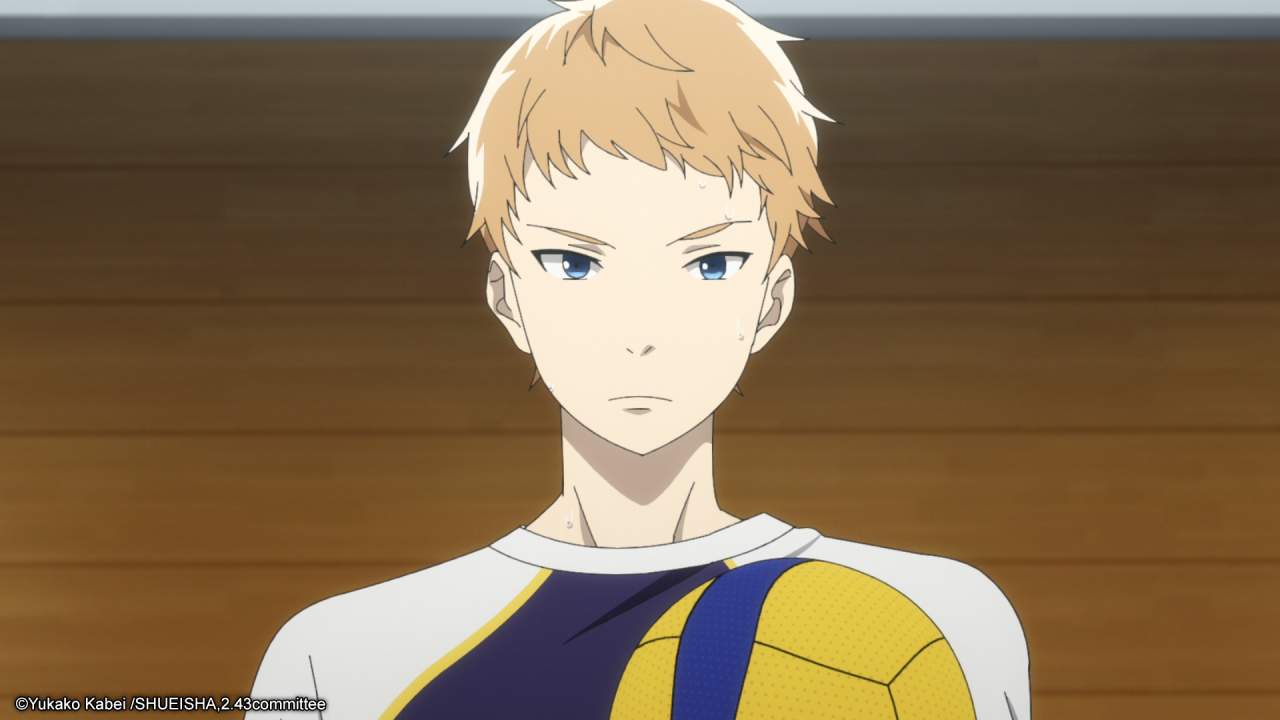 Yuni Kuroba is excited upon learning that his childhood friend, Kimichika Haijima is returning to Fukui. Given their time spent apart, Kuroba is taken aback by Haijima’s straightforwardness, but decides to reach out to him after watching him practicing volleyball.