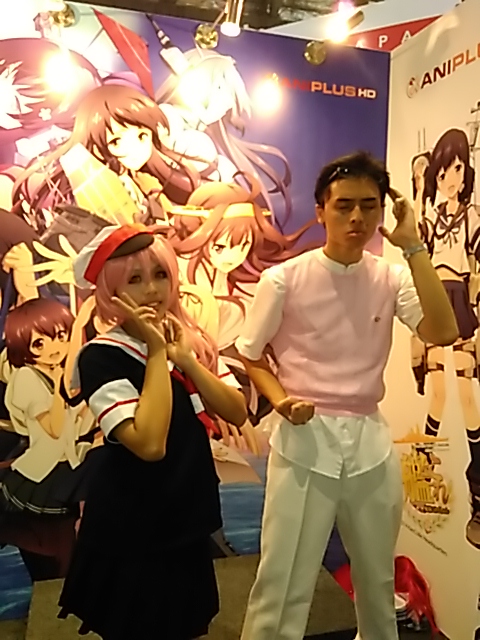 Me Cosplay as Toshiaki Odori Kasuga.    He Is A Japanese Comedian best known as the half of a popular duo Audrey (オ?ドリ?) alongside Masayasu Wakabayashi (若林 正恭). He is 176 cm tall and weighs 84 kg according to the Audrey's official website provided by their agency K Dash stage. On stage, he usually wears a pink vest and white pants    Perfect POSE At THIS BOTH with Cute Kancolle Cosplay's    And Me Pose As Choukou Senshi Shanzerion