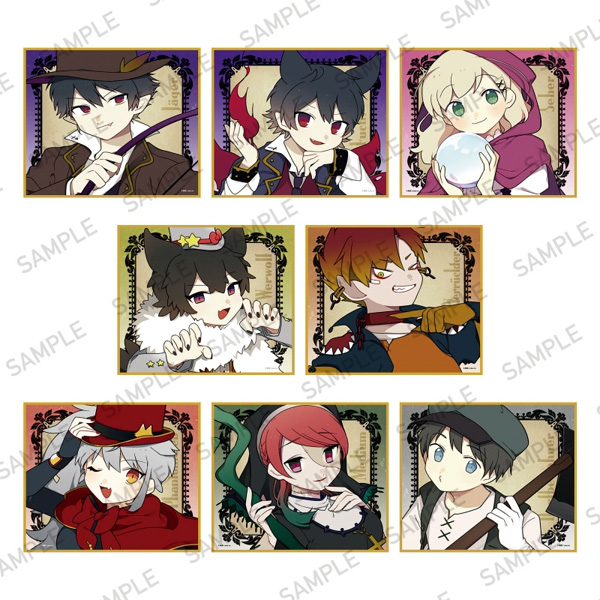 From the indie game “The Case Book of Arne” comes a collection of mini shikishi boards with newly drawn illustrations by Harutaro, who did the art and the character design for the game! Features key characters of the game dressed in cute original costumes themed around the theme “werewolf”. An *unopened* box guarantees a set of all 8 types.

About The Case Book of Arne

Lynn is a girl who got lost in a town where non-humans live. There, she met Arne, “the vampire detective”, with whom she joins hands to unfold the truth behind the strange incidents that take place in a world where humanity and the bizarre intersect. “The Case Book of Arne” is a full scale detective game set in a world where the supernatural runs rampant. It was created by Harumurasaki, who is also behind other indie games such as “Madjichiru” and “Rirurefu”. The game is being distributed as chapters and is available at the “Game Magazine” store (Japan) and on Steam (overseas). Chapter 2 was released on October 20th, 2020. A manga adaptation by Ina Soraho is being published monthly at Comic Gene. The third volume of the manga is scheduled to be released in Japan in February 2021.