A new PV featuring two of the idol units in the franchise! 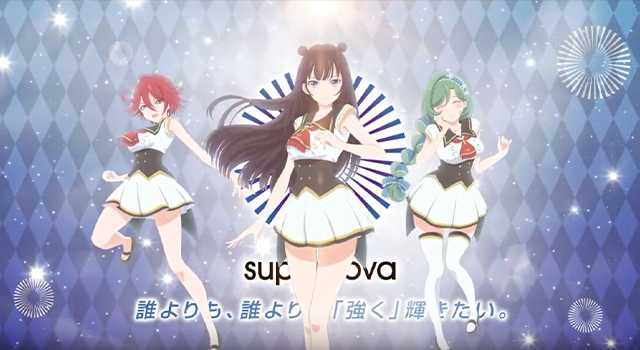 Lapis Re:LiGHTs is the TV anime adaptation of a multimedia project based on the concept of “Magic X Idols“, titled Lapis Re:LiGHTs ~Kono Sekai no Idol wa Mahou ga Tsukaeru~. The project follows the story of a group of girls aiming to become the best “witches” at Flora Girls’ Academy, where witches are nurtured. In this world, the girls can cast magic using spells and melodies while they grow as idols and fight against magical beasts.

supernova is a top idol group led by Yue, an international student from Lute (リュウト) who is also known as the “Successor of the Diva”, with the two other members Fiona and Millefeuile.